Why do you watch the videos I make?/Youtube vlog culture

Youtube is the best site on the internet. Why do I say this? Because while most websites have a single, or maybe even a couple, of purposes, Youtube fills all sorts of niches that other websites just can't. Sure, you can just fire up Youtube and watch some J. Lo videos, but surprising as it may be to hear, "watching videos" is just the tip of the iceberg. 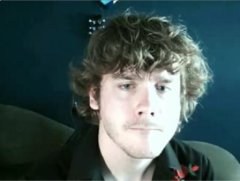 Fig. 1a. - The "Aw Shucks" response to trolling.The real "meat and potatoes" of Youtube is the highly structured culture that has arisen. Now, not only is Youtube the go-to site for watching various clips from TV shows and music videos, but it can also give you the love and attention mommy and daddy never did. "How", you ask? Well, when that awesome ironic shirt with roses embroidered on it just isn't cutting it, you can always make a video blog and get more attention than you've ever dreamed of. It's like a kid who drinks Mountain Dew suddenly moving up to black tar heroin.

Now, at AwfulVision, I could just coast by making fun of vlogs. I mean, approximately 80 million of them are uploaded every 5 minutes, which would give me approximately enough material to last until the sun burns out. So why not do it? Because they're all the fucking same, that's why! To prove this, I'm going to give you the outline of a Youtube vloggers lifespan. If you can find me ONE example to the contrary, I will eat my hat; and I don't even wear hats.

Following these 8 simple steps, you too will be thrust into the realm of Youtube stardom and normal people hating you. Normally I'd charge upwards of $500 dollars for this information, but times are tough and I'll take a simple "thank you" vlog update and inclusion in your Youtube tags for the next 6 months. Should you kill yourself because you are unable to handle your newfound popularity, this debt will fall on your next of kin.

"Typical theater person, why? You're attractive, sexy articulate, cerebral, questioning. If it feels good do it. Don't question so much. Just relax and enjoy everything."
-jefgain

" I haven't watched your videos until now.. But you seem very insightful, AND you have lovely eyes."
-MedusaShadows

"Geez man this is the first video of your's that I watched, but now I don't think I'll watch another if you're gonna be this depressed all the freakin' time. Smile buddy, life is short, good times scarce and work is constant. Might as well not ask why but try a some Bud guy."
-spasticclown