Lurker Bunny, like most furries, does anime-inspired furry "art" work. She also does them by commission. I can only imagine her clients were thrilled when their hard earned money yielded shit like: 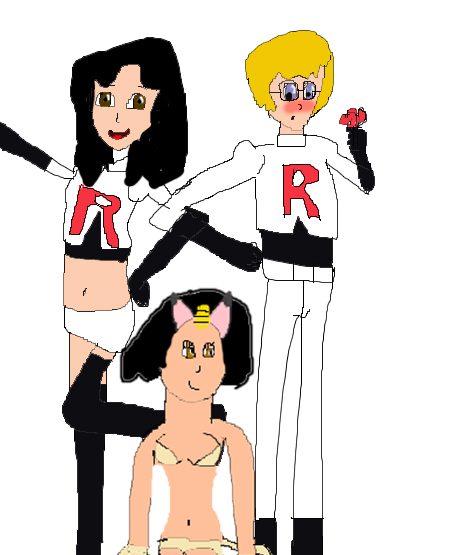 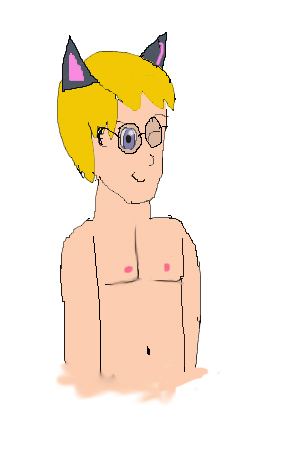 I know that I'd pay upwards of a million fucking dollars to have some lumpy broad draw this for me: 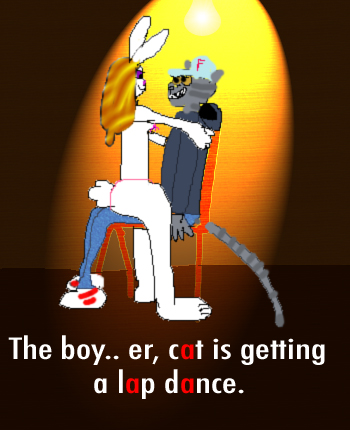 This one doesn't look like my 3 year old nephew drew it at all! 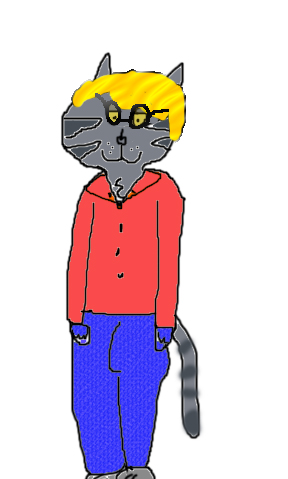 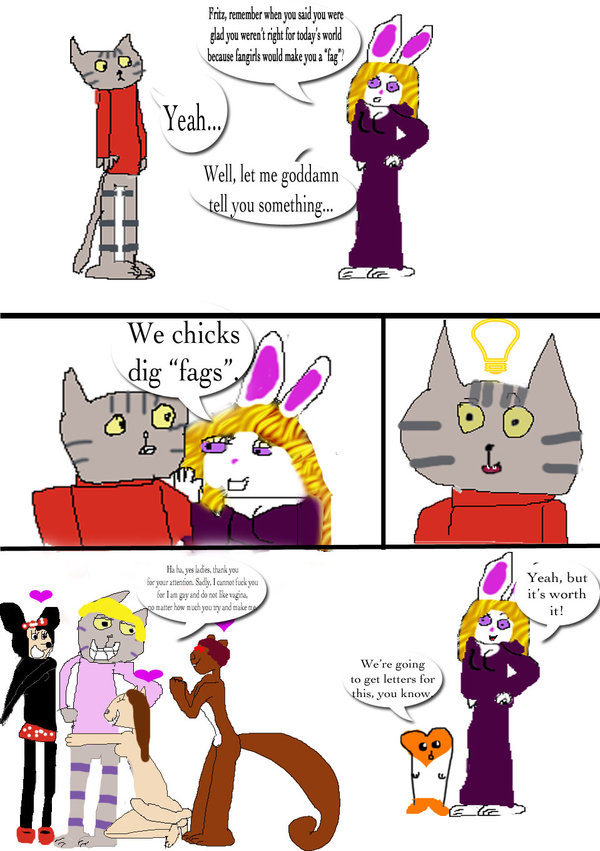 LIKES: Never ever getting laid 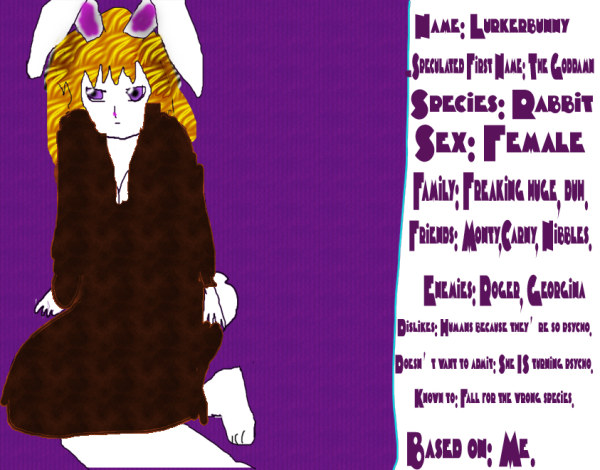