Marketing Tie-Ins for '24: Live Another Day'

The big innovation of 24: Live Another Day is that instead of 24 episodes, there will be 12, leaving Jack Bauer with lots of implied off-screen leisure time that he can use to tell the other characters about all the generous sponsors (corporations, ideologies, etc.) who made this season possible!

Tell me where the bomb is you scumbag! Dammit!!

Alright... alright. You know what I'm gonna do? [smirks cruelly] I'm gonna take this roll of Bounty paper towels. And I'm gonna tear off a sheet from it. Yeah, I only need one. And what I'm gonna do is slowly put it down your throat, and leave it there. And what's going to happen is, your stomach is going to start to digest it, and that's when I'm going to pull the paper towel out... and your stomach lining will come with it, thanks in part to Bounty's uniquely quilted design, designed specifically for absorbency.

[Bauer dips a sheet of Bounty in a basin of liquid, and a sheet of a leading competitor in another basin of liquid. the prisoner's eyes widen as the Bounty absorbs over twice as much liquid] Some people take days to die...

Metamucil - FOX is acutely aware of the "silver dollar", they are also acutely aware of the other kind of silver dollar, which is an actual silver dollar, but in this case silver dollar means the money of people whose hair is silver because they are old. Between the hours of 4PM and 8PM, Jack will be kidnapped by terrorists. There will be a good cop/bad cop dynamic with his two captors, and the good cop, a Somali played by Benedict Cumberbatch in blackface, will give him a fiber supplement and a good hour on the toilet. For the remainder of the series, Jack's enemies will remark on his sprightly demeanour and he will talk fondly of his big poop as the reason.

"JACK'S BACK" promotional Metamucil packaging to be supplied at meeting for approval. 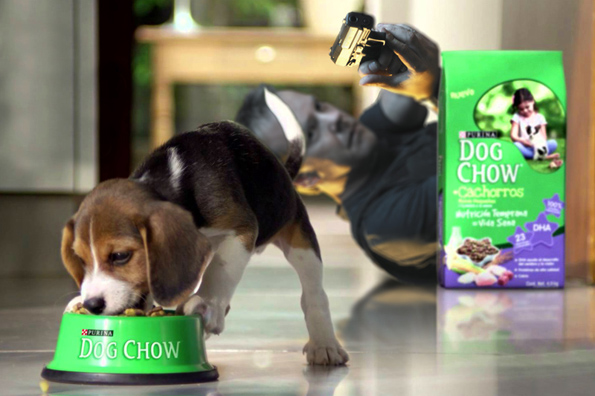 Purina Dog Chow - If the writers are like me and have never watched the show and just worked from assumptions, the season picks up where the last one ended, with Jack Bauer living quietly in the middle of nowhere with his dog. This is what he feeds the dog.

Purina Dog Chow - Bauer chases a suspected terrorist through a dog pound where a bunch of dogs are eating and bags of Purina Dog Chow are all over the place.

Purina Dog Chow - The president congratulates Bauer on a job well done in the Oval Office. The first dog runs into the office and over to a bowl of Purina Dog Chow as Bauer and the president laugh and break out a bottle of Johnnie Walker Blue Label.

In the thrilling new limited television series 24: Live Another Day, CTU agent Jack Bauer defuses a Nuclear Bomb containing highly dangerous Uranium-238. This extremely effective fissile material is HOT HOT HOT. We can barely keep it in stock. So don't delay, come down to South Pier 4 in Tbilisi, Georgia and ask for Pyotr. Also ask about our stock of Polonium-210 and Ebola Virus. 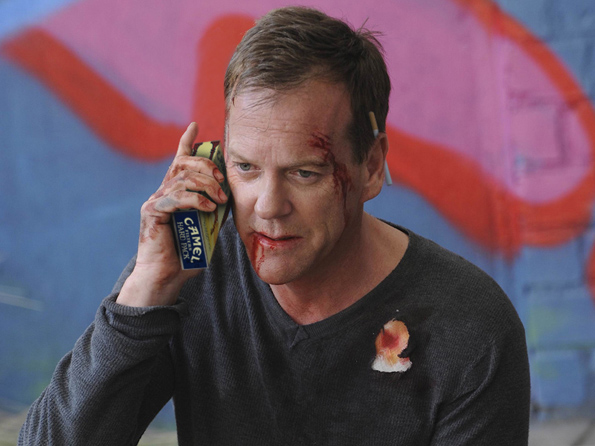 Camel Cigarettes - A running gag involves Bauer accidentally pulling a pack of Camel's out of his pocket every time he reaches for his cell phone. If another character is present he remarks, "It's my last pack, I swear" and if he's alone he says, "Okay. After this day is over I'm done with these."