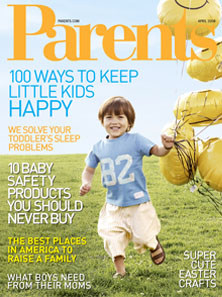 Not so much my parents, but my first boyfriends' were absolutely insane. One of the first times I ever went over to his house, his mother came up to me and said, "Oh! You have tattoos. How incredibly trashy. "

Every single time I'd go over there for the next year, she'd make some comment about what a disrespectful whore I was, particularly if other family members were around.

As for my own family, awkward is my mother sitting me down and telling me she's lost track of how many abortions and miscarriages she's had.

In high school my friend Garrett made a video of himself shoving things up his ass. Little travel bottles of shampoo. Cucumbers. A telephone. His hand. He did this all while having phone sex with his girlfriend. His father found the video, watched it, and said "That's, um...Impressive".

When I was in high school my girlfriend liked to be tied up. One summer night we were tripping acid and came back to my house to fuck. My parents were already asleep, or so we thought. She was tied spread eagle to my bedposts with amp cables. I kept thinking she was yelling every time she says something, but she assured me I was tripping.

Until, my father opens the door. He shuts it quicker than a hiccup and then did a double take.

He said "I think its time for Kelly to go home."

This one time in high school my Mom found a vial of salvia that had fallen out of my jeans in the washer. Right away she went to me to ask what it was, and my brilliant reply was that it was spice I was carrying for a friend. Needless to say I ended up scared shitless in my room (first time being caught with drugs) when they walked in to have to talk. My dad right away goes outs and says "I tasted what was in the vial and it definitely wasn't a spice", and my Mom added that she knew what weed smelled like (awkward in itself) and she knew it wasn't weed. So cornered, I informed them that the vial was salvia, a mild hallucinogen that's legal when your over 18.

The look on my Dad's face went from stern and cold to pure shock when he realized I had accidentally tricked him into ingesting a hallucinogen. It must have been priceless, but at the time it was just really, really uncomfortable. Once I figured out what was wrong I told him it wasn't nearly enough to cause any effects, and he calmed down a bit, but I get the feeling our trust level has never been quite the same.

My mom and dad kiss, a lot. I think it's awesome now, but back when my sister and I were 8 or 9 years old, it was really embarrassing. We kind of came up with a thing where whenever we noticed them kissing, we'd yell "COME UP FOR AIR" at the top of our lungs.

Sorry for all the cockblocks, dad.

The one time my dad walked on me and a girl making out. Only we weren't really making out, it was more like her tits were in my mouth. Then immediately, my mom and my 9 year old sister follow him. They were coming to see if we wanted to go out to eat with them. That was an awkward meal.

Last night I went to a benefit with multiple comedians (Night of Too Many Stars). Will Ferrell made a joke about "rubbing one out." I had to explain to my mother what that meant. Later, Sarah Silverman made a joke about torture, and the need for "safe words." I told my mother I'd explain it to her later in the car ride back. I didn't bring it up.

Also, I went to see a movie with my friend and his mother. Apparently, "Boogie Nights" is not about disco.

I once foolishly put my ex-girlfriends mothers mobile phone number in my phone as "<ex-girlfriends name> MOTHER". The reason for this was I often got the train to come see her at weekends and her mum worked next to the station so it was convenient for me to get a lift with her rather than wait for the bus.

So one day my ex is out in the stable and sends me a text along the lines of "I'm here in my riding gear and everyone has gone home, lets have fun in the hay". I was on the train on the way at the time. I send a nice and detailed reply, scroll to her name but go one too far and send it to her mother instead.

I got one back like five minutes later going "I'm glad to see you and my daughter are getting on so well!". Oh did that make for an awkward dinner time.

My flatmate did the same as above, but accidentally sent the message to his girlfriend's home phone number. In the UK if you do this, British Telecom will ring your landline and an automated service reads out the SMS. At the time the voice overs were recorded by Tom Baker, so his girlfriend's dad was essentially woken in the middle of the night by a dirty phone call from Doctor Who.