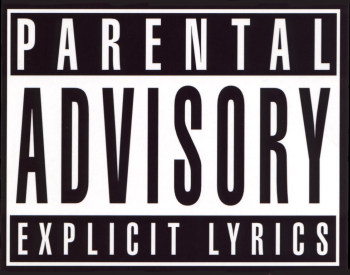 My step-mother's niece was bipolar and really had a hard time figuring out appropriate boundaries. Every week she writes me these incredibly long letters talking all about every mundane and boring detail of her life and then going off on crazy tangents that aren't remotely rational. About 2 years after she stopped writing, the following conversation took place with my step-mother:

Melissa and her husband had died the day before (I didn't know that, or that she was married or had a kid, obviously) from carbon-monoxide poisoning; the baby had managed to hold on a little longer.

My parents telling me, when I lived at home (back when I was 15/16), not to come upstairs from my basement room late at night. Their reason? "Sometimes we chase each other around...ahem...naked". That, and having to ask them to be more quiet at night so I could sleep during schoolnights. Squeaky bedsprings do not equal pleasant dreams. Or anything pleasant, for that matter.

BEES IN MY EYES

One night, I woke up and heard my mom screaming. Since my dad had a habit of being physically abusive with her, I got up and went to investigate.

Turns out they were just having buttsex.

My parents broke up when I was about 6 and my father started to date this other woman a couple months later. After 2 years or so of going out they move in together. She has a daughter around my age so when I stay at his place the daughter is there. We get along okay and one day we find this sex education book and not knowing what the fuck it is we decide to see how it works. Cue a pair of naked 8 year olds trying out sex positions (no sex, just positions, we just thought it was naked people cuddling or something). We get caught of course and we basically get told we're doing something naughty and don't do it again.

A few months later they get married so she's now my step sister. Then a few years later when I'm 15 my dad decides it's time to talk about sex. The first words out of his mouth were "remember when we caught you having sex with your sister?" If I could will myself to die, I would have killed myself at that point.

When I first started having sex, I would bring my girlfriend to my house, we'd covertly get it on, and I'd flush the condom down the toilet. After a year or so of this, it was time for my stepdad to check the septic tank and add chemicals to it to keep it working right. He was outside pulling the cover off, and I hear him call my mom out there, and they start laughing hysterically. I go out to see what's so funny, and there's a year's worth of condoms floating in the tank. I was a horny 15-year-old, so there were quite a few of them. I got so much shit for that, and they still tell the story at parties. I used to be embarrassed, but now I gotta admit it's pretty funny.

I remember being a young boy at about age 11 and sitting with the family watching television. One time I sat down to my mom's side with my head on her lap watching television when I received a full snout of fish smell. My mom evidently doesn't douche. I made an excuse to leave the room and proceeded to dry heave in the toilet.

"It's a terrible, terrible disease"

I couldn't work out why they started laughing after that, but thank God no one actually uses that word, and I finally worked it out years later. I could have been one confused boy. "Why would I want to give you that? I LIKE you."

That post about the father walking around naked reminded of of this lovely situation.

So I was in a play, and part of my costume included very tight pants. Tight enough that one could get a sense of the approximate shape of parts of my anatomy.

I come home after the show, my mom leaves the room. My dad watches her leave, turns to me and says, "The girls better be after you after that show." I ask what he means, and he says, "You've got your old man beat. I'm impressed," and he nods down.

It takes me a second to realize what he's talking about. I stammer off a thank you and pretend to be really, really interested in whatever is on the TV.

Later that night, my dad heads up to bed. My mom waits until she hears the bedroom door closed, and tells me it was a very good performance. She then adds that the pants were noticeably tight on me. A brief pause. I have time to hope that there is nothing else to this conversation.

"You know, you're funny and handsome, but after this girls should be ALL over you."

"I think I heard some of the girls sitting behind me, they were impressed. Are you embarrassed by this, honey? Don't be! It's part of life, and you're blessed."

I was paralyzed by embarrassment, and excused myself to go to the bathroom.