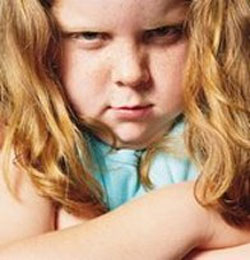 I am sorry, I have held off writing this as long as I could stand, but I am up to my fucking gills in pony bullshit here and I can't take it anymore. I know I spent three years asking for him, but Hank is not living up to my vision for a pony and he has got to go. Drive him out to a farm somewhere. Turn him loose. Bury him in a ditch. Send him down to Tijuana for the tourists. At this point I could not give a shit.

I realize I lobbied hard for Hank. Ponies have a great buzz. Lots of talk on the playground about ponies. That's the last time I listen to Kyle, that e-trade baby looking motherfucker. Sold me on this pony deal. I thought, hey, my life is basically shit, but this pony thing everyone is talking about could really turn things around. I sit here and play with dolls all day, listen to you guys fight, get frogs put in my hats by Timmy, sing along to some bullshit on TV, but what I really need is a pony. Golden maned fucking pony, you know what I mean? Bucolic motherfucker, running through fields with me, being my best friend. I was sold a line of shit or we picked a hum-dinger of a fucking lemon on this one. Maybe my expectations were too high. Mr. Ed meets fucking Bucephalus. But I wanted what I wanted and now we got what we got here: a shit show.

I realize this is going to be hard to accept after all that pressure I put on you guys, so I figured I'd better shit out some compelling fucking shit on this Hank issue.

Eight Reasons to Get Rid of Hank 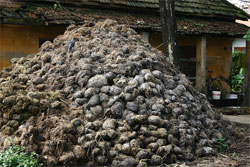 This fucker eats a hundred pounds of shit a day. I mean I pictured a cup of pudding or some shortcake or something, but I feed this bitch 20 pounds of hay and oats and shit every goddamn day. Carrots, sugar cubes; he's a bottomless pit. All that food has got to go somewhere and it ends up in this dumb motherfucker's stall covered in piss. Things not being pictured when fantasizing about ponies: turd curds rollicking out of this stink king's butt pucker right in the middle of trying to comb him. He farts non-stop, pisses wherever, he basically lives in a sewer of his own creation.

I wore red to the barn and this stupid motherfucker went nuts. What the fuck is that about? I know this dumb bitch didn't evolve some fucking freak out response to seeing four-foot-tall girls in a bright red dress. What the fuck is out there in nature that is bright red and scaring horses and where can I get one and turn it loose on Hank?

Yeah, pin this on me or whatever, but I have been mis-fucking-led by my cartoons. You guys should have called me on this uninformed bullshit months ago because one of my selling points was that we'd save money on plane tickets. What the fuck did you think I meant? 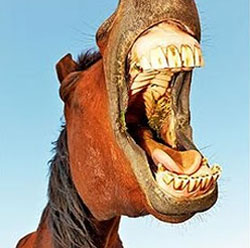 Who the fuck knew horses bite? You see a squirrel or some shit and you want to pick it up but then you're like "oh, fuck, that dude is little but I bet he's got a wicked bite, better leave him alone" well guess the fuck what? Hank, that buck-toothed asshole, weighs about 800 pounds and he will bite the unholy fuck out of you if you're not paying attention. He bit my fucking hair and I swear to god he would have pulled me into the water and drowned my ass if he was an orca. Last time he tried to bite me I busted jazz hands and was all, "GLUE FARM BITCH" and faded into the shadows. Make him watch his back.

95% of every allowance is being subverted by this money pit motherfucker. I mean maybe if I was investing in some guns or drugs or something that I could move it would be worthwhile, but as it is nobody is going to pay me shit for anything to do with Hank. Paddock fees and lunging fees, what the fuck is lunging? Why do I have a fee for that shit? Put him out in a field and let this dumbass run around until he pukes. He's way too stupid to learn anything worthwhile. If this keeps up I'm going to have to supplement the income I earn picking up my toys with some rougher work down by the docks. I will straight cut up some Cambodian motherfucker come off a tramp steamer with the wrong ways eyes. If that is what you want. 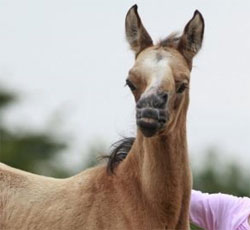 I'm sorry, Hank looked cool as hell when you busted him out with his ribbon and shit and were like SURRRRPRISE MADDY! HAPPY BIRTHDAY! Well unhappy fucking New Year because guess who looks worse than a wrecked-up herpes mule motherfucker? It is this bitch. Hank. Flies biting on him 24/7 and he is too lazy to do shit like some swole up Africa baby or something. Crosseyed, knots and tangles all over his mane. Looks like a James Brown mugshot had a kid with a whiskey keg.

I'm not expecting a Socratic dialogue with oats for brains, but it would be nice if when I started yelling "GET BACK" because he's standing on my foot he knew what the fuck to do. The only words he understands are "Whoa" and, for some fucked-up reason, "Police!" He will be great if we ever get raided by the cops and need a pony to just freak the fuck out and start kicking shit and making an uproar, but I work clean and there ain't shit the fuzz can put on me anyway.

On top of not understanding shit at all this dumb motherfucker won't do shit. I tried to teach him to eat an orange and he bit me. I tried to show him how to paint and he knocked over all the paints and bit me. I tried to bring him upstairs to my room for a tea party and he went fucking nuts when I tried to show him the stairs and he ran around the house kicking and shitting like fucking Brue Lee ate a box of laxative. My dojo is fucking closed, kohai. The next time he bites me I swear to god I'll teach him the trick where I cut up his scalp and turn his face red. 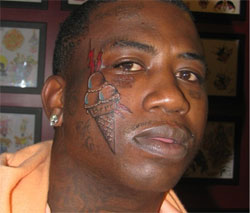 I believe I have made a convincing argument. In summary, please get rid of Hank ASAP. I don't care if this stupid bitch lives or dies. In exchange for Hank I would like to rep Brick Squad with a tattoo of an ice cream cone on my face like Gucci Mane.

If this is not possible I will take an equivalent value in American Girl dolls and Skittles. Final offer before I start that crazy scream-crying that ends in me hyperventilating.