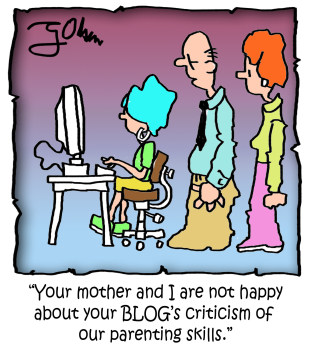 "Son, make sure to always use a condom, or else you'll be tied to some whore for the next 20 years and she takes part of your paycheck"

...Guess who was a mistake.

My older brother and I were visiting my father one weekend. My brother, having just turned 9 (I was 5), asked my dad what was in Playboy while we were out shopping for dinner and he saw the magazines. My dad, deciding to take this as an opportunity to teach his kids about sex, gets a magazine to discuss with us later.

That magazine was Hustler. The Christmas issue. Where Santa fucks a woman dressed as an elf. He's paging through it with us and saying, "sometimes men like to see pictures of women who aren't wearing any clothing. I like to see pictures like that." My brother was just HORRIFIED, completely mind-fucked - I mean, he just wanted to know what Playboy was, not see Santa assrape an elf!

The next day, my brother and I go back home to our mom and she asks us if we had a good time with our father. My brother is still in shell-shock, but I seem to have shrugged it off, "daddy showed us pictures of Santa putting his thing in an elf-lady's butt! And then there were these two ladies who put things in their poo-bears!" My mom nearly killed my dad over that.

Once when my parents were away, my friends found a genuine Taiwanese blow-up sex doll in their bedroom. We were all high at the time so it was hilarious, but when they got back and I knew they knew it wasn't in the same place as they left it - that was pretty damn awkward. I don't think I made eye contact for days.

Was hanging out at my girlfriend's house, after work, as we usually do. Honest to god we were just watching TV and hanging out...until her parents came up and informed us they were going out to dinner.

About 30 seconds after they leave and we hear the car pull away, clothes come off.

To my horror, turns out her mom left her pocket book. So we're really into it when the parents just kinda walk in, asking her if she's seen it lying around.

Her dad's a nut case, and an alcoholic. Bad combo.

So we run, quite literally. Somewhere between his threats on my life and his attempts to do so we decided anywhere but here is a good idea. We ran to my car and drove to my place, ass naked. I'm praying to god that 1, I don't get pulled over, and 2, my parents are walking the dog or something, anything.

Lucked out with the first one, not so much the second.

Imagine walking in your front door, naked, girlfriend in tow, with the whole family to greet you in the living room. Awesome.

My mom and I were visiting my grandma once, and after seeing a UPS guy in shorts across the street my grandma says "You know, I still like looking at guys' butts." My mom wasn't too fazed, but I had trouble thinking for the next few hours.