Help me get to work, Part 1 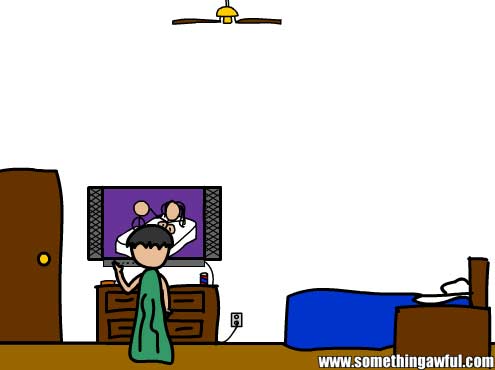 ATTUNED TO CHANNEL 346. IT APPEARS THAT TWO HUMANS ARE FIGHTING. ONE OF THEM IS UNARMED, IT DOES NOT HAVE A CLUB.

The black box appears to be fighting a snake that is attached to the wall, the box may hold the secret to escaping this place. Kill the snake by pulling it from the wall and throw it into the rotating plank of wood at the top of your ceiling. 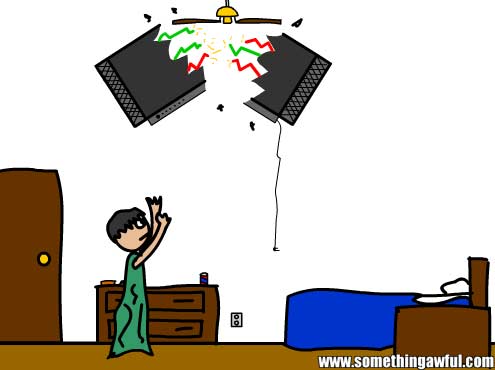 GIVE ME YOUR SECRETS! 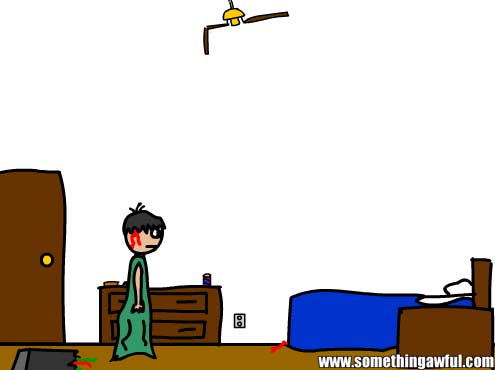 THERE WERE NO SECRETS INSIDE THE BOX. REPORTING HEAD TRAUMA. LOSS OF BLood counteracting pep pills. Feeling sleepy... spotted several objects that were on the storage unit below the fighting human secret box.

Explore apparatus that black box was sitting in.

It may contain something you can use to stop the fluid leaking from your head. 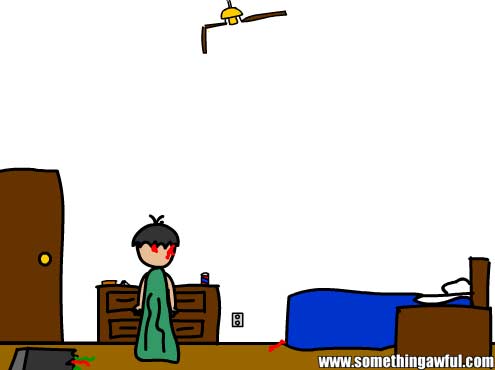 Apparatus contains more fabric, assumed to be human body armor. Atop the apparatus is a container made of animal hide that contains green pieces of paper, a photo of myself that says Microsoft above it, and a card that appears to be the master of the set it belongs to. Next to the hide container is metallic pointy objects on a ring, and a can labeled "Pepsi".

Pepsi sounds suspiciously like Pep Pills, I recommend swallowing it. 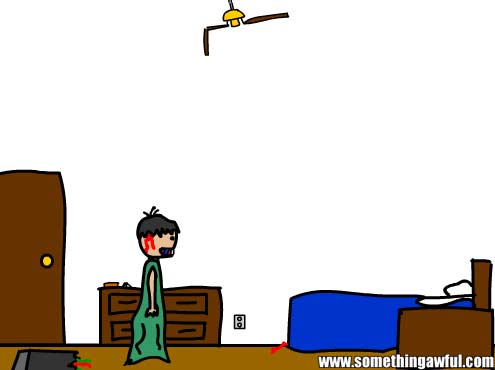 Mission failed. Unable to consume can.

Obtain the fluid contents from within the "Pepsi" can by jabbing it with one of the metallic pointy objects, consume quickly. 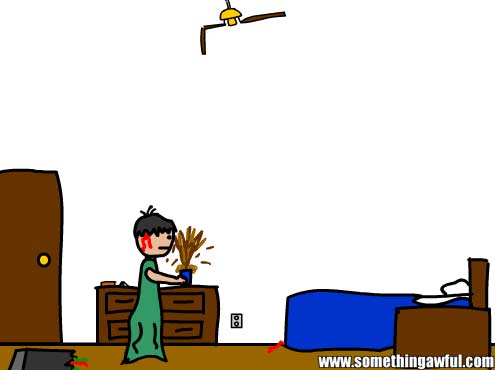 Can has activated defensive mechanism!