Weird Things Goons Do with Their Food!

Recently, forums stalwart and dear friend Ozma promised she would help me out with Comedy Goldmine by drawing something for the thread "MS Paint weird things you do with your food." I assumed this was just another example of her trenchant FYAD wit, and I had a hearty chuckle. Then I discovered that the thread idea I'd assumed to be an amusing parody was a real thing, and furthermore, that Ozma had not actually contributed to it! Once I got over the disorientation and disillusionment these realizations produced, I started sifting through the offerings. This isn't the most impressive thread artistically, but it's still noteworthy due to the inventive methods SA Goons have devised to turn simple meals into something bizarrely meticulous and/or gross and dangerous. Bon appétit!

Lord Solitare: Why am I not surprised goons will eat the paper muffins are baked in?

Eikre: Nobody actually eats it. They chew all the muffin residue out of it, like a fibrous breadgum.

I like to nibble the edges off my sandwiches and make them into fun shapes, like a topiary. 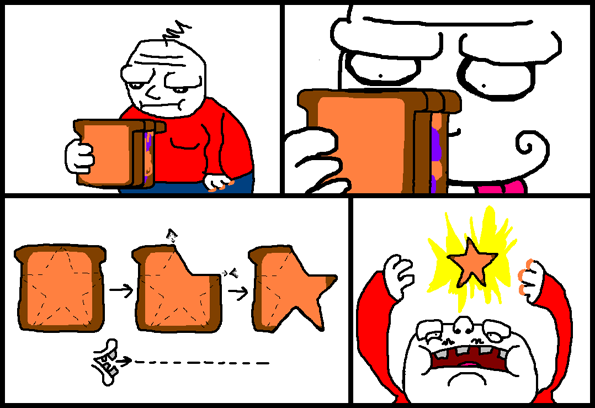 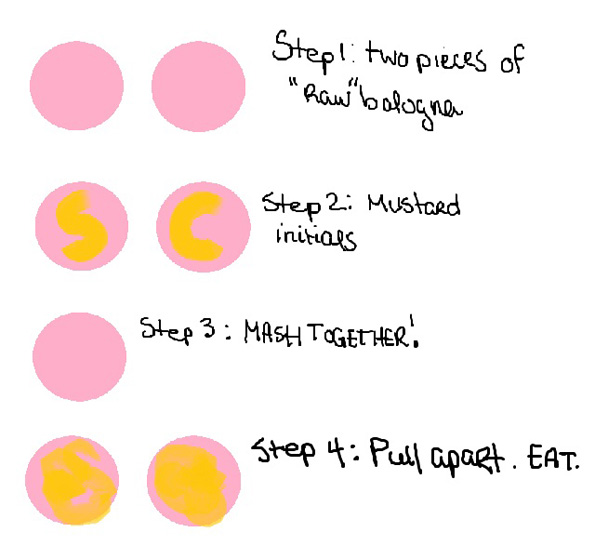