Ice cream is delicious and fun, but it has a dark side you only see when your entire world is shattered. 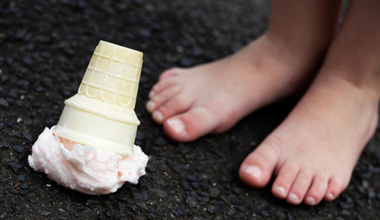 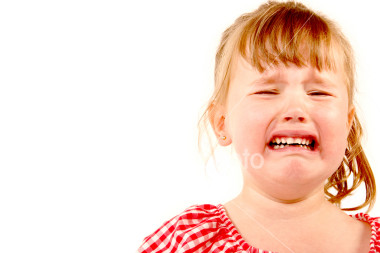 When I was a lad of about 4 or 5, my grandmother and mom took me to Meijer for some shopping. When we were done, they bought me an ice cream at the Purple Cow. When we arrived at the car I had barely eaten any of it since it was only in my hand for maybe 2-3 minutes. However, my grandmother did not want that cone in her car. I guess it was new or something. And of course when you are 5 years old there is an excellent chance you are getting some of whatever you are eating on the seat.

So my mother knelt down and informed me that she was willing to trade a piece of gum for that ice cream. It took me about .5 seconds to turn down that shitty trade. Unfortunately for me it wasn't actually an option. After a brief struggle my mother grasped my wrist and shook it violently until the cone was sent flying.

I was devastated. An ice cream cone lying on the ground.

Probably eggs for me. I had a friend who would eat (or drink, raw.. ugh) like 5 eggs a day or more in an attempt to "get buff" during college. He never listened to my warnings about cholesterol and ended up with heart problems that sidelined him for a long time.

Now whenever I see eggs I think of him. 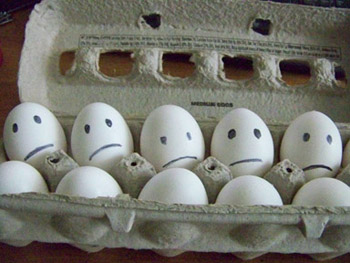 I remember a friend of mine who used to eat eggs every morning, EVERY. SINGLE. DAY. At 8 am. He would wake up, heat the pan, shower (while the pan was heating -- he was a weirdo, don't ask) and then cook two eggs "over medium".

This went on for a year.

Just after a year? His grandmother died.

My housemate eats these three or four times a week: 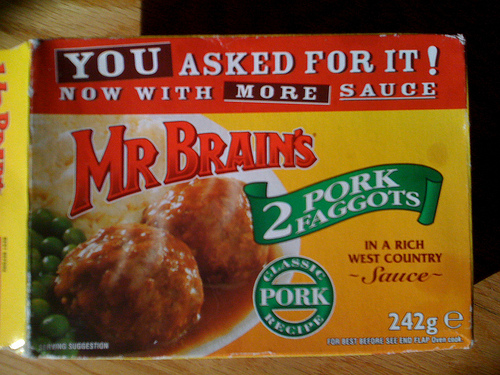 I fucking hate my housemate.