Son of Strelka, Son of God

As Stanley contemplates the children's angry faces, the world splits open and blood pours out. A huge winged monster comes out of the crack in the earth and asks Stanley who he is. Stanley answers, and the monster goes off to generally wreak havoc on the landscape with all of the other gods. Shit continues to get real, and we see the oceans rise up and flood the landscape. Buildings fall, fire is everywhere. As part of this we see a truly gigantic turtle stomping skyscrapers to the ground and just generally fucking things up. As a result of all of this, many of the children are killed and others maimed. Dirty, injured refugees are everywhere. Stanley tries to ask the few remaining children what the hell is going on, but he realizes that they don't really know much more than he does. 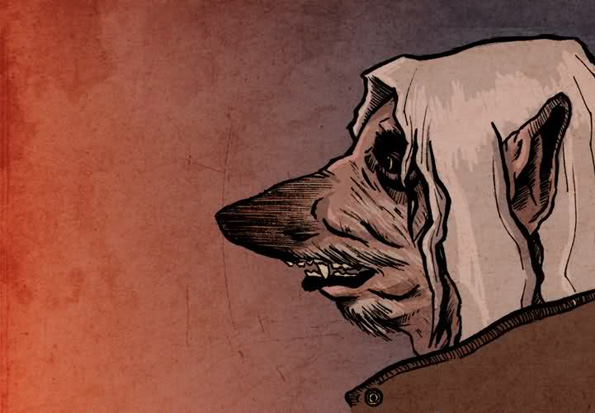 Stanley, as interpreted by Cock Goblin

Stanley goes to space to talk to the gigantic turtle, who was one of the main participants in the destruction of the cities. The turtle is off-duty now, and he is just chilling out at home. He's taken his shell off, and is just sitting around wearing a wifebeater and a hat. He smokes and drinks constantly, and basically looks like someone's cranky old grandfather. They sit and talk about the destruction of the world, and why the turtle participated. He tells Stanley that he took part in the apocalypse just out of a general love of destruction, and plus he kinda hated America for sending astronauts into his home (space), where all they can do is die and fall back to earth. Stanley realizes that the turtle isn't going to be able to help him.

Stanley and the turtle go to meet the Buddha to see if he can restore the world. Buddha is huge, fat, made of bronze, and is stuffed into a suit that is slightly too small for him. He has an office to match. He wears a cross around his neck, oddly enough. His manner is initially something like a used car salesman or overly phony politician, and he tries to make light of the situation. Stanley is not amused, and gets angry. Eventually it becomes clear that Buddha is actually incapable of restoring the world. Stanley is despondent but determined to fix the world somehow. 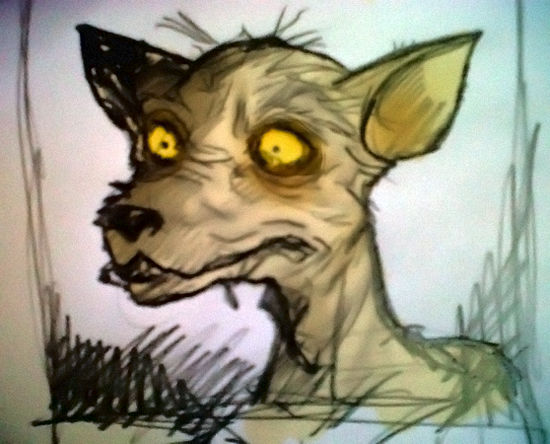 Stanley, as interpreted by Desperado Bones

Stanley remembers his father's power to create, and he starts to wonder whether he has the same ability. He stands in a desolate and empty landscape. Initially he is hesitant to try creating anything for fear that he won't do it right, but eventually he musters the courage and starts to talk and move slowly. He starts by creating the home he wishes he'd had as a child - a pretty little village by the ocean, surrounded by giant trees, populated by friendly and gentle people. He loves this vision and feels comforted by it.

He then begins to recite the names of the dead in an attempt to bring them back, and is surprised that it works. As soon as people come back into the world, though, the simplicity of his vision gives way to all of the complexities we associate with modern life - cities, cars, businesses, etc. The world becomes hectic and busy, but he is still pleased with what he has created.

Stanley stands and watches the world he has created, waiting for his father. His father appears, and is much older and more frail than he was when he was last seen. His father is proud of him, and they have a short conversation about where Stanley found his faith. Stanley recalls the monkey from chapter 1, and jokingly says that he couldn't possibly have screwed it up as badly as his father did. His father laughs and agrees. They talk more about who Stanley is and his role in the world, and spend the day together talking and joking. As Stanley is taking over his father's godlike role in the world, his father begins to age and fade as his own power disappears. Stanley carries his father to bed, and at this point his father is very decrepit. As his final act, his father brings Stanley's mother back. As Stanley and his mother laugh and embrace, the father crumbles into dust.

Stanley and his mother discuss his role in the world. Mom thinks that he's still basically living out the story that his father laid out for him, while Stanley thinks that he now has the ability to determine his own destiny. Finally, Stanley lays his head on his mother's lap and falls asleep. When he wakes up the next morning, the sun is shining and everything is beautiful. 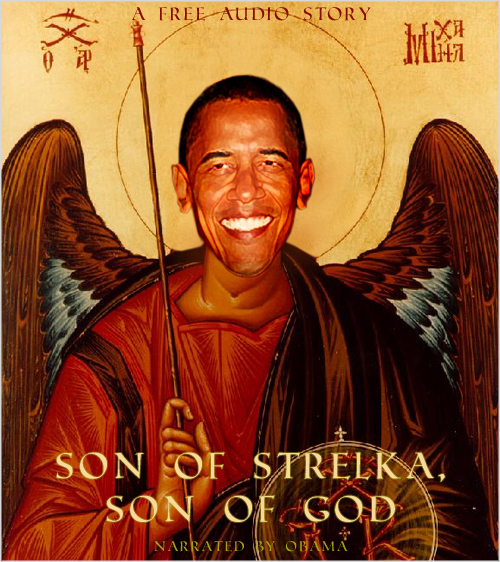 Thanks again to Dan "mofolotopo" Warren for sharing his labor of love with the SA Forum Goons. Animators and illustrators, get in touch with him so the completed version can amuse pundits and scandalize birthers in 2012!