The Incredible Burt Wonderstone; The Call; Escape From Planet Earth

EXPECTATIONS: I just can't get over how tragically unimaginative this title is. They say you shouldn't judge a book by its cover, but that rule doesn't apply here because the person designing the cover probably had nothing to do with writing the book. I'm fairly certain someone deeply involved with this production said "What should we name this crime thriller about a 911 operator catching a serial killer? Ooh, I know. How about The Call?" I hope nobody got paid for that.

REALITY: The Call is one of those films that really makes you hate yourself for enjoying cheap thrills. Sometimes cheap thrills are the best thrills, and this film offers plenty of good ones. When they come at the expense of solid storytelling and any semblance of good taste, however, the film has to constantly up the ante to keep us invested. Then, in its final 60 seconds, The Call manages to completely shatter any goodwill it had built up in the preceding 95 minutes. 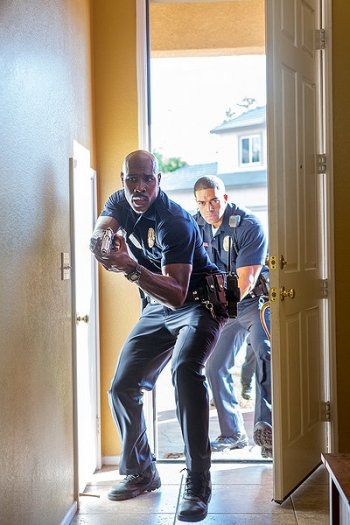 The only two black cops in LA and they had to get the shit assignment.Jordan (Halle Berry) is one of the best emergency dispatchers in Los Angeles. When a bad decision during a home invasion call gets a teen girl kidnapped and then murdered, Jordan's guilt forces her to quit her job. Six months later, Jordan is a dispatch instructor training new recruits when a girl named Casey (Abigail Breslin) calls from the trunk of a car and says she's been kidnapped. As the police inch their way closer to rescuing her, the girl's kidnapper (Michael Eklund) works toward an endgame that finds Jordan taking the law into her own hands.

As far as cheap thrills go, expect nothing less from WWE Studios, who also brought us last week's Dead Man Down. Early on, the film establishes what it's like to be a 911 operator: Nonstop calls; constant panic; fear at the press of a button. As far as I can tell, it's a fairly realistic depiction. I've never seen the inside of an emergency call center, but I can tell you as a fan of both phones and computers that this film nails the use of both. The Call plays on the fears of an emergency operator in some simple, but nonetheless effective, ways. Director Brad Anderson generates suspense in ways that work, but with all the hallmarks of a filmmaker desperate to make you react.

The script builds some nice tension through a series of cause-and-effect plot turns. Jordan comes up with as many ideas as she can to stop Casey's kidnapper, but each time he discovers the ruse and changes course. When this runs out of steam, Anderson steals from the Neveldine/Taylor Crank aesthetic to show us just how dangerous this movie's serial killer is. It's not enough for him to set a gas station attendant on fire; the film has to resort to fisheye lenses, freeze-frames, and digital stalling to freak us out as the man burns. It works, but it amounts to little more than visual static.

It also doesn't help that the film writes its villain as cartoonishly psychotic. He has no problem braining people with a shovel in broad daylight and generally acting like a public menace, which sort of indicates that he's also not all that concerned with getting caught. This isn't some Hannibal Lecter-esque genius we're talking about here. He only gets away with it for as long as he does because The Call populates itself with the laziest cops on the planet. Even after finding his fingerprints, his identity, his family, and a roomful of weirdly inscrutable clues, the police basically give up the hunt so that Jordan can trip over his secret lair by accident.

For what it's worth, Halle Berry puts in a strong performance. We're reminded over and over that dispatchers need to remain dispassionate, and the best thread running through the whole film follows Jordan as she struggles not to make this 911 call personal. That said, Berry is far more compelling behind a desk than she is brandishing a knife. The moment she strikes out on her own, the film takes a nosedive into idiotic revenge thriller territory. The only reason she doesn't immediately call the police when she stumbles upon the guy's secret hideout is because her iPhone gets no service down there: She literally drops her phone down a plot hole. 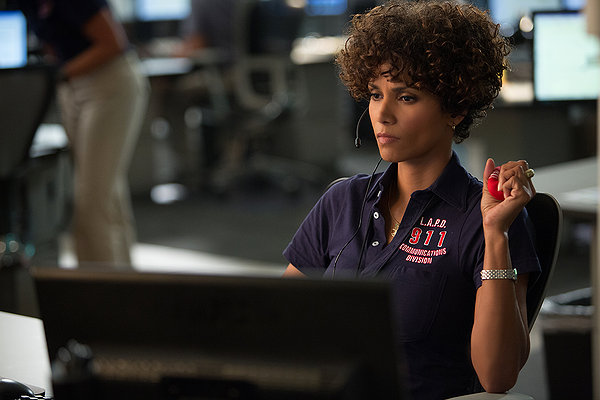 Halle Berry working hard to make us forget about Movie 43.


At the risk of possibly entering spoiler territory, I have to say I'm still not entirely clear on what this guy's master plan is. He clearly has a type when it comes to kidnapping teenage girls, but it takes a third-act revelation for us to realize this. In what must be one of the stranger phrases I've ever had to type, his refrigerator full of scalps confuses more than it disturbs. It would have been nice if they could have clued us in on what makes this psycho tick. Perhaps what we can imagine is far more frightening than anything a screenwriter can concoct, but not when we don't even fully know the circumstances. As far as I can guess, this man is in the middle of an incestuous love affair with his dead sister's hair.*

I was prepared to say that The Call was an effective little thriller up until the final act, when all semblance of logic and cinematic tact went flying out the window. It's like someone spliced the final minutes of a Lifetime Channel thriller onto the end of a Law & Order: SVU episode. This is a film that works from moment to moment, right up until the moment when it doesn't. At that point, if you're like me, you'll experience intense self-loathing for your taste in movies.

*Don't act like that was some big, bad spoiler. That's merely an educated guess. I saw the film, and I still don't know.

MINORITY REPORT: So this is The Taking of Pelham 123 combined with Red Eye? I can't decide if that's a good or a terrible thing. - Ian "Professor Clumsy" Maddison