I'm not going to put no Wecome to... title you can't make me

Sunday, Apr 24, 2005 by Zachary "Spokker Jones" Gutierrez
Welcome to this to optional, freeflowing, train-of-thought pseudo-Livejournal full of half-assed ideas, inspiration, and anything else we feel like writing about but know isn't entertaining enough to warrant a full article or front page feature.

A bunch of marmalade shit from a faggot.

Which I Love Lucy Character Am I?

Which I Love Lucy character are you?

You're the cute one of the group. You get the most attention with the least amount of responsibility. You've got it made! 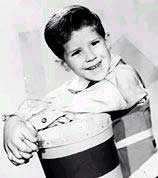 I had mentioned in an earlier update that Frolixo stole my copy of Super Mario Kart. I just wanted to let everyone know that this was a JOKE and that you should not WORRY. Frolixo is a kind man and I just wanted to make sure you guys knew that. He has never stolen anything of mine, except my heart...

I've been playing a lot of games recently and out of all of them the most fun has been this ten dollar game where you ride on a horse and get killed by bandits because they all gang up on you for no reason. It's called Mount&Blade and it's a work in progress coded entirely from scratch by some dude and his wife. It's better than a lot of $50 retail games that are released these days. At this stage it's already very playable and features some neat ideas. I can honestly see this game being released at retail and selling well if only they could pump some money into it and get more people working on it. I have no idea what direction this guy wants to take the game but it's really cool so go try it.

I decided to buy a license because I want to see where this project goes and realized that supporting independent game developers is the hip new thing to do. Maybe his plan is to screw us all out of ten dollars, I don't know. Who cares? You're just going to get screwed out of your money anyway, it might as well be by some guy and his dumb sword game.

Tim Schafer You Owe Me 20 Bucks You Cocksucker

The plan was that the Xbox and PC versions of Psychonauts were supposed to ship together on April 19th. I go into the local game store on April 20th and ask the humble shopkeep for the PC version of Psychonauts.

"Oh, it's coming out tomorrow. You can get the Xbox version if you want." I told him that it was no problem and I would come in the next day.

I go in the next day, same thing, "Oh, it's coming out tomorrow."

I do this for another day when I realize the goddamn PC version is never coming out for as long as I live and decide to pay 20 dollars more to buy the Xbox version.

Goddamn you Double Fine productions. Ship your fucking games before you go on vacation you douchebags. I don't care that the PC version is 20 dollars cheaper. I want it shipped when you say it'll be shipped! You're just lucky you fucks released an incredible fucking game or I'd give you a piece of my mind! Woah-ho-ho brain humor.

What the hell am I complaining about again?