The View From Below

The CDC identified the monster almost immediately, there in that hospital in Florida, but in the span of two weeks mankind had already lost the first war against it. The culprit was a fungus, its spores traveling from one body to the next. The disease established reproductive factories in the lungs and brain, suffusing the blood and ensuring each time an infected body exhaled their breath carried a cloud of contagion. When they awoke from their spasmodic comas the hosts were transformed into distant imitations of who they had once been. If restrained they became violent, if not restrained they sought only to spread the infection.

Cognitive Botanicals. Not an accurate name for a parasitic fungus, but some so-called expert used the term on CNN in the first few days of the outbreak and it stuck. It conjured images of a disease with a mind, thinking plants, a pathogen with an agenda. Some people just call it "the spores" or "Nuss" after the disease it causes.

In two weeks the disease broke out of every attempt to contain it and spread across the Continental United States. It was adaptable, hardy, and infected every living thing it touched. It was carried on the wind, in the streams, and out into the open sea. It moved with a feral purpose in the hunched over and snarling humans it had infected. Walkers. Damaged minds driven insane with the need to spread the disease. It flew in the lungs of birds and traveled with the eerily calm packs of dogs that patrolled the streets of cities.

We retreated into our hermetically sealed bunkers. Our only thoughts were to escape from the inexorable spread of the disease as society unraveled around us. Calls from across the Atlantic rang unanswered on phones in Ohio. The Internet burned with rumor and fragmented images from the sudden upheaval in the United States. The spores respected no borders, consuming Mexico, Canada, and moving into Central and South America as readily as it had leapt from one state to the next.

Panic struck Europe and Asia. Hasty plans were made. Government officials struggled to get in contact with survivors in the United States. Fishermen, refugees, the tides; however it found these faraway shores it found them. Paris burned, the sick huddled in the Reichstag, and the streets of Beijing fell silent.

What was left of our Atlantic Fleet found the Brits near Greenland, two wandering ronin trapped in a watery desert as dangerous as the land. USCF command tried to guide them away from the contagion using satellite imaging, but it was impossible. Ships peeled off from the main fleet as crewmen became mysteriously infected. Supplies ran low. The fleet split into two groups, one seeking an isolated island to the south, the other headed east to try to find the Chinese or the Russians. Neither was heard from again.

A few lone submarines endured, sealed and immortal with their nuclear hearts, continuing to patrol deep beneath the waves. Brutal orders were enacted to ensure the crew could survive as long as possible, first on tiny rations and then by drawing lots and abandoning the unlucky majority in survival rafts.

After six weeks, the spores controlled the surface of the earth. They were in every living thing large enough to sustain them, from plant, to animal, to human being. The feral mobs of humans scattered as suddenly as they had surged out of hospital wards and quarantine zones.

Scientists predicted fires would sweep across the cities. Engineers described how dams would burst and bridges would crumble. Doctors predicted the uncontrolled spread of typhoid and malaria and diseases long ago brought to heel by the wonders of science.

We watched and waited to see what would come next. It was far worse than we had anticipated.

The idea that the world would crumble without us was somehow comforting. Almost as if nature or the disease would get its comeuppance when it realized just how badly it needed us around. But, as we were told by grainy satellite images, plainly we were superfluous.

Haltingly, human society was returning. Not to the largest cities, which sat empty, but to the small towns and quiet suburbs. Grainy satellite images showed men, women, and even children walking together along swept sidewalks. Analysts stared aghast at the sight of a truck driving along an Interstate. 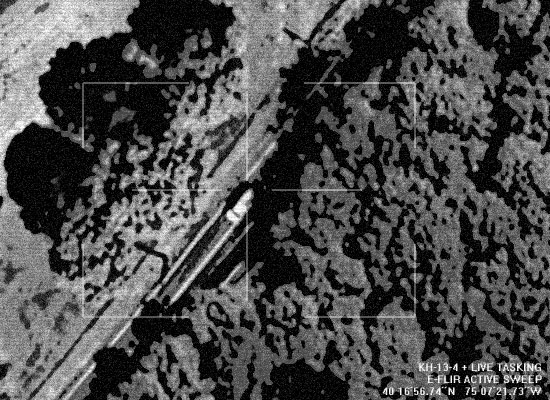 But it was worse than even that. These new men, these impostors that stood in our place, were blessed. Fish leapt into their nets. Dogs and cats followed behind them. When a fire erupted whole communities would rush together and methodically extinguish the flames.

Images streamed down to our bunkers from our last glittering gems of technology, each image more surreal than the last. Men swam with sharks off the California coast. Children played with lions at a park in Brooklyn. Fear and violence seemed banished along with us.

What existed on the surface in our absence was not the decomposing remains of our artifice, but rather a new Eden, populated by fearless creatures at peace with one another. New things began to grow, new animals began to appear. Birds and mammals and insects all changed by the verdant growth and the strange influence of the spores.

Mankind had prepared for every eventuality, every disease and pandemic, secure that we alone could rule the earth. To see our primacy usurped so easily and a new paradise remade in the place of our flawed dominion was more terrible than anything else that had come before. The world belonged to the spores more wholly than it had ever been ours.

But this new order had not been earned, it had been stolen. Snatched from our hands. Torn from mankind's breast by an unthinking and brutal force. It was not until weeks later that we first saw that sickening thing, that symbol of our ruin, slithering at night down a dark country road. That man would live in harmony with that grotesque creature was an abomination beyond comprehension. The red worm had risen.