Not a Great Idea 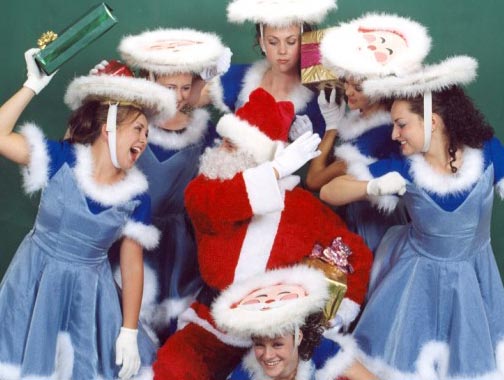 This update was mostly inspired by Quake 2, a game that holds a special place in my heart. It came out at the same time that I got my first computer so I wound up playing it for much longer than I'd like to admit. I even created skins for the player models, including a David Letterman skin which was released with a superhero model for reasons that somehow seemed plausible at the time.

Before that, my computer gaming experience was limited to Coca-Cola fueled sessions of Leisure Suit Larry, Scorched Earth and Doom at my friend's house during sleepovers. I liked my friend and all, but when I went back home all I thought about was his computer and what it'd be like to play Leisure Suit Larry whenever I wanted. Finally getting a computer of my own was glorious. Every day I'd come home from school and visit Planetquake to see if there were any new non-Dragonball Z player models, then hop on a deathmatch server and get my ass handed to me because I only used a keyboard. Mouselook seemed too complex for me coming from a Doom background, and as a result I was incredibly proficient in my role as a barely moving target. I had the turning speed of a tank made of glue on a surface paved with molasses so I pretty much ran around maps nonstop and hoped someone would wander into my sights.

What eventually forced me to learn to use the mouse was Capture The Flag, which pretty much required you to use a grappling hook to zip into and out of danger. It's probably my favorite mod ever and is a prime example of why more games need grappling hooks. You hear that, developers?

My Backpack's Got Jets

A friend took me to an mc chris show for my birthday. I had no idea what to expect, but it turned out to be ridiculously fun. He was quite funny in person (if not a little angry in demeanor, which I'm guessing is part of his rapper act), and had the entire audience doing the robot at one point. The entire audience. He even had everyone shout "Go ninja, go ninja go!" repeatedly during the breakdown of one song, which fulfilled a lifelong dream I didn't realize I even had until that wonderful moment. I almost lost my voice but it was worth it. If he's heading your way and you remotely like Aqua Teen Hunger Force or anything else he's been involved with, I recommend checking him out.

The opening band was quite good as well but their guitarist inadvertently made me feel like an idiot. After the show he struck up a conversation with me, and my brain shut down. All I could say was "you guys were great" and comment on how hot the weather was.

I am pretty much the world's worst conversationalist because unless I've known the person I'm talking to for years, the filter in my brain blocks every word I think about saying for fear that it will sound sort of stupid. This evasive maneuver, of course, makes me look really fucking stupid. I've never actually spoken to any of the other writers here outside of AIM and ICQ, and if I somehow summon the courage to do so or attend a Goonmeet one day someone will probably stab me.