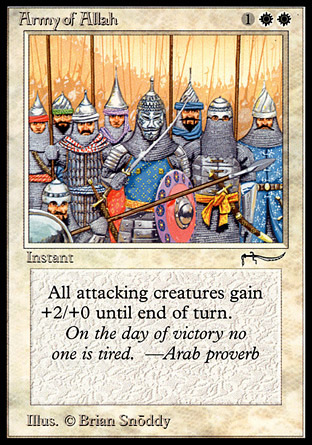 Zack: Tap two deserts to release a video to Al-Jazeera.

Steve: How come everything else in magic is Urzah this and Benalish that and suddenly they're throwing Arabs and Allahs around?

Zack: The neo-cons made Arabs into a fantasy race similar to goblins or thri-kreen. Didn't you watch Power of Nightmares?