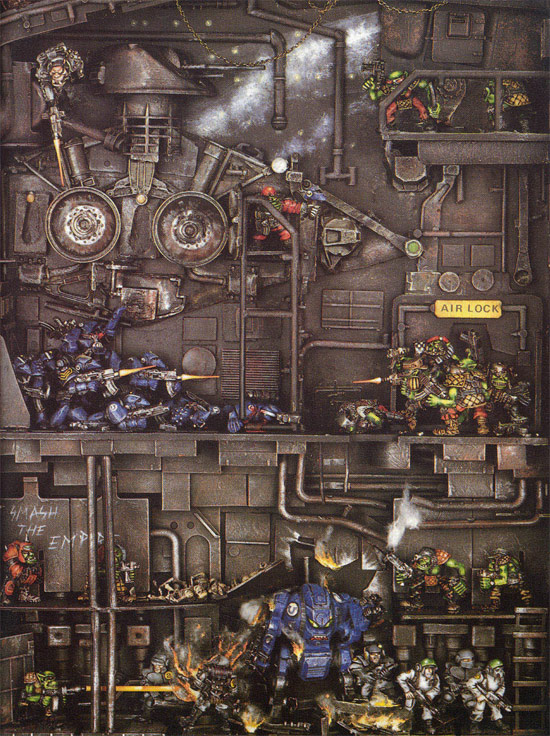 Steve: SMASH THE EMPIRE! The marines were pretty heavily involved in policing against graffiti back then.

Zack: Entire units of genetically engineered superhumans with white paint buckets, ready to cover over any heresy. "Emperor sux, huh? Emperor does not sux. Glory to him."

Steve: Where's the Chaos? Those guys are all about graffiti. Their stuff could change minds.

Steve: What's with all the weird penalties in this game? It says in the Dreadnought description that if the pilot gets out then he suffers a D4-1 penalty to a personal characteristic. What the heck is that?

Zack: Back in the Rogue Trader days the characters had a bunch of superflous stats, like Willpower and Cool.

Steve: So if you were one of those little dead baby dudes in a dreadnought and you decided to get out and go for a walk then you would be really uncool?

Zack: Like some Rick Priestley flavor text about Star Children.