The Buick's nav thinks it is a two hour drive from Freer to Corpus Christi, but the computer can't account for every variable. Like this creepy sensation I keep getting that Childs is staring at the back of my head through the blackout bag. Or the fact that our friends in the Air Force gave us a car with nothing but fumes in the tank. Or the growing feeling, way down in my balls, that I'm driving to my own execution.

The town of Freer is a shithole. The economic boom that has been putting up skyscrapers and hotels all over Texas looks like it has passed the small town by. Must be outside the big water grids, reduced to sucking its supply out of the dwindling public aquifer. Seen towns like that, mostly in the panhandle, that refused the buyouts, thought they could get by on ground water, or the dying river systems, or dew traps, or just plain couldn't afford the pipelines from the coastal desalination plants. The result is always the same as Freer: a small town swallowed up by dust and poverty. There's a mini-mart and fuel station on the outskirts. QuickGas. No glow to the backlit sign, but there is an OPEN placard in the door.

"Alright," I say, guiding the Buick to one of the pumps. "Got to gas up. Pike, Vargas, keep our friend company. Spinoza, stow the shotgun and step outside with me."

I switch the radio on to keep them entertained and, more importantly, to cover what I am about to say to Spinoza. She joins me behind the ticking pump, leans her hip on the side door and flashes her eyes at me before covering them with a pair of mirrored sunglasses.

"I can feel it too," she says. "Like when we were riding into Santa Teresa. Right before the whole town decided to kill us." 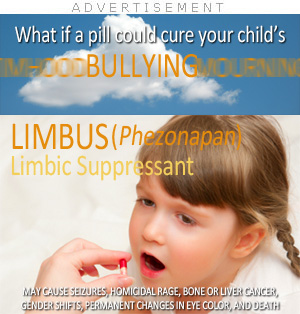 I thought about how to put this so it doesn't offend her, but it's got to be said.

"I want you to leave," I say. "You did what you agreed to do with Herrera. Me and Pike, we'll finish it out, get our money back, and I'll make sure you get your pay."

She doesn't say anything. I can't read her through those mirrored sunglasses. I feel obligated to continue.

"Pike is a drunk bachelor. I've got an empty house in Wyoming. Ain't even picked out the dog I want to keep my feet warm. You got a husband back in Chicago, two kids-"

"I called you," she says. "You sent me a book about zebras. The same book you sent me two other times."

"It's a good book," I say. The pump shuts off with a click. I withdraw the dripping handle and hang it back up.

"I'm not leaving you to do this by yourself," say Spinoza.

Just what I didn't want. She thinks I'm trying to protect her because of her chromosomes. Ain't about that. It's because of her kids. Them and her dumbass husband who always seemed like he'd be lost without her.

"Drop it." She backs away from me. "I'm going to get a drink. You need anything?"

She flashes a smile and flips me the bird, turns and jogs inside the mini-mart. I climb back into the Buick and am immediately unnerved to hear the high, sweet voice of Jeremiah Childs.

"&and there will be no more property, for all that the Lord surveys belongs to Him alone and can be shared by every man. And you will lie down with whosoever you like and they with you, for the Wild Days are coming. Death will be interchangeable with love. Violence with lust. All our hands will be red and we will find the New Purity."

I twist my upper body and glare back at Pike. He shrugs. Vargas is staring out the window and chewing his fingernails.

"The interlopers will perish first. The sons and daughters of the devil that creep across the border bringing vice. And those who helped them into this country. And those who refused to cast them out. Their flesh will be torn from their bones. There are other paths to salvation. If they accept the New Prophets and the Wild Days, embracing the New Purity, they will be welcomed as brothers and sisters and-"

I drag the blackout bag off his head. Childs blinks against the light.

"It is possible for all flesh of man to achieve the Triumph."

"Bullshit," I say to him. "Knock off the crazy talk or I'm going to stick a gag in your mouth and put the bag back on your head. Do you understand me?"

Childs grins and reveals his big, slightly discolored teeth. He wipes a lock of hair from his eyes with both handcuffed hands, and he slowly nods. His eyes are watery, his cheeks scarred by acne. It has been my experience that all teenagers are psychopaths. It's the one with bibles you got to watch out for.