"Capital is only the fruit of labor, and could never have existed if labor had not first existed. Labor is the superior of capital, and deserves much the higher consideration." - Abraham Lincoln

We are wallowing in midair somewhere above Michigan, packed in the belly of a Russian transport helicopter that feels like a paint shaker. It was probably built during the cold war in a dreary Ukrainian workshop with a name ending in ansk. Don't know where exactly we are in Michigan because Russians never bother to put view ports in their aircraft. I guess they figure there's no scenery worth seeing in Russia. I'd say that holds for Michigan.

Farting up the miserable pressure cooker of testosterone with me is a collection of half the trigger-pulling misfits and misanthropes that Lewis Durable Goods and Logistical Management was able to scrape together on 48-hours notice. The other half is in another helicopter, supposedly flying with us from Grand Rapids to the FOB in Williamston.

I know some of the trolls with me, Home Depot types raised on drywall plaster who cut their teeth riding convoys in Caracas for the freelancers during Venezuela's hot summer. Narco hires doing push-ups in prison between high-dollar stints on Juarez mule teams. Rough crowd, scary because they might do something stupid, but I can't hold too much against them when I'm there for the money too. What other reason is there? $2500 a day, one week tops; if it'll keep your cooler full and your tank full of gas for the next year you go where you're needed.

Above Michigan, in the lightless guts of a Cold War deathtrap. Way too fucking early in the morning.

On my left side are an ebony and ivory pair of glandular cases in full tac-ops regalia. The black guy is tall and skinny, the white guy can be kindly referred to as stout. He looks like Gimli after chemo. Weapons scoped like they're from the year 3000, shaved heads in dew-rags, and strike vests covered in lurid stickers for bands and slogans like they're a sponsored car in death race NASCAR. I'm guessing they played a video game of shoot the brown people and spent their money accordingly.

On my right is Eduardo AKA the shithead who roped me into this outfit. Shifty guy, but he's always been alright by me. I know Eduardo from my own days in Venezuela, riding the rough road with a flag outfit. Once saw him drag a haversack full of frag grenades out of a burning car so we could extricate ourselves from a roadside hair pit. Big brass balls on him. 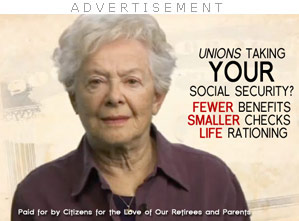 We were USA official back then. General Issue. You'd be surprised how many doors will open in the private sector if you've got a couple years riding trucks in a war zone. It helps if you show up for the interview with scars from taking half an RPG in the face. I thought I was unlucky when all my teeth exploded in my mouth, turns out I was building my CV.

The chopper does a loop that has plastic cases sliding around in the back. Lewis owns the helicopters and us for the next week. I'm not into politics, but I guess the guys who own Lewis are backers of the governor. Since the general strike hit a couple weeks back the governor has been tangling with the labor leaders in a messy way. Unpaid furlough for all state employees and try to bus in non-union hires from surrounding states sort of messy.

You layoff your workforce, even temporarily, and suddenly all the people mad at you don't have anything to do for most of the day. It's a lesson everyone should have learned after firing the military in Iraq. All that free time and they get a little revved up. Start marching and pelting your cars with rocks. Maybe set some shit on fire. Meanwhile, Michigan's National Guard is all tied up in Texas and California, State Police are striking in solidarity, so Lewis offers to foot the bill for crowd control. Us.

"Experience handling concerts, festivals, fairs, and riot suppression," said the listing on the GAEN. "Restoration of civil order in and around the capitol is vital to the continued functioning of democracy. You will be responsible for the protection of strike-breakers, legislators, state property, and valuable commercial businesses."