Campers and pick-ups and surplus military as far as I can see, clogging up the highway worse than a chicken-fried steak wedged up an aorta. Even when he's not talking, Jeremiah Childs is making me want to snap his head off. I am in no mood to wait bumper to bumper with Chip Manson in the backseat until this shit clears. Big Quincy buzzes 77 with his drone and says it's backed up to a small town just south of Corpus. The yokels look like a militia celebrating a victory, honking and blasting country music. Men and women with coolers full of beers and guns.

"Paine's crowd," growls Quincy. "He's got a rally tonight in Kingsville at the high school football field. Take the turn-off before Riviera and you can take back-roads to the coastal."

I sort it out with the Buick's nav. I don't need Quincy backseat driving from 10,000 feet. We veer off onto a dusty track through the back country and avoid the coastal. It kills an extra half hour of my day, but it's still in the AM when the nav tells me we are two miles from our destination. Flat as prairie out here. There is nothing but dead weeds, old telephone poles, and abandoned farmland out here.

And a motel. Vista del Laguna. Half a mile or more from the parched puddle of Laguna Larga. Alone in the desert like a developer was scammed on a land deal and refused to back down with their plans to build a motel. That is our destination.

"Getting close," I tell Quincy. "I can see the motel in the distance."

"Roger that. Proceed with caution. My drone is out of juice and ETA is seven minutes on a replacement."

"Let's get this over with," says Pike, reading my mind for once.

I slow down as we approach the motel by way of the disintegrating asphalt road. The building is a chapped, black-shingled elongated ranch. The sort of motor lodge dump you can find at half the backwoods exits on every interstate across the country. Without an interstate around, looks like the Vista del Laguna has withered into oblivion. Doors bang open and closed in the wind and the lot is sprouting tufts of the sort of tenacious grass that can survive a ten year drought. It's not completely abandoned. The office looks maintained and there is a vacancy light glowing beneath the huge sign. 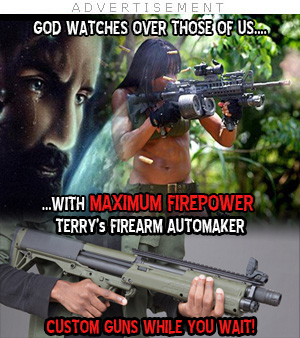 There is one car in the parking lot, a late-model black van with its sliding door and cab doors open. I turn the Buick around and back into a space nearby, aim it so we can get out of here in a hurry.

"The Wild Times are near," says Childs. "Do you feel it in the air? It's like electricity, buzzing in your head and ears."

"We're in the lot," I radio to Quincy. "Vehicle here. Black van. We're going to check it out."

Spinoza's dark eyebrows bend together. Her lips are tight as she looks from the empty van to the banging doors of the motel. In the back seat, Pike is checking his sidearm. Vargas is chewing his fingernails. Childs is smiling. Staring right at me and smiling.

"Watch the road," I tell Pike. "I want to know the minute you see a vehicle approaching. You can get out, but don't go walking around on me."

Spinoza follows me out, shotgun up and ready, safety off. I keep my pistol down, but in both hands like my drill instructor taught me at the range. The engine of the Buick ticks. Wind-blown sand hisses against the motel's siding. I can almost hear Vargas chewing his nails as Spinoza and I approach the empty van.

"There was another vehicle here," I run the toe of my boot through the track in the dust. "Big tires."

Something is rattling in the van. The vehicle's dim interior smells like drugs. It's an acrid residue under the sun-hot plastic. There are splashes of blood on the tan interior, crusted almost to black in the footwell. The movement is from a heavy plastic bag rippling in the wind. There's something inside of it. I extend my pistol and slide the barrel under the edge of the plastic. I start to lift.

"Three minutes out," barks Quincy over the radio on my hip. I curse and yank back the plastic sheeting. The bag is full of a heavy pile of assault rifle magazines. The long 30-round mags from Kalishnikovs, fully-loaded, and matte black mags for something in 5.56 NATO.

"A lot of ammo, but where are the guns?" asks Spinoza.

"Check the van," I tell her. "Maybe there are papers or something up front. If the battery isn't dead you might be able to check the log on the nav system."

I step back and survey the motel again. The door nearby is closed. There's a little smear of blood on the frame.

Pike climbs out of the Buick. Vargas is left in the back, gnawing at his fingernails while Childs mutters his evil. I hope it doesn't make Vargas even crazier.

I head for the motel door, pushing it open with my boot and sweeping inside with the barrel of my gun. Corpse smell. Strong. A beard of buzzing flies on the walls and carpet. I step inside, covering my nose and mouth with Ming's old Meteors cap.

The curtain turns the sunlight red and pours out across the men lying dead on the floor. All four of them are face-down, cuffed behind their back, executed with shots to the head. The carpet beneath my boots is saturated with their blood. Two of them are in t-shirts, patterned with black spatters of blood, and the other two are dressed for combat. I turn one over with my boot. His livid face is heavy-browed, features unmistakably Eastern European.

A trail of blood leads me to the last man. He must have run when he realized what was happening. Made it into the bathroom, wound up headfirst in the bathtub with half his brains painted across the shower wall. His feet are sticking up in the air. New boots. The back of his jacket bears a double eagle in white. Beneath the eagle, in block-lettering that mimics Cyrillic, it reads RUSFOR.

I bang back out through the bathroom door and nearly trip over the leg of a dead body on my way through the room. The stifling rot gives way to the brightness of the noonday sun. I know we have to move, but it's too late. The trap was sprung the minute I walked in the room. A couple dozen of them, at least, dressed like ranchers and Mennonites. Two men are grabbing Spinoza. One tears the shotgun out of her hands and the other throws her to the ground. Pike is already on his knees. Vargas has his hands raised in the back of the Buick.

An extremely tall and fat man wearing overalls opens the back door of the Buick like he might break it if he pulls too hard. Childs gets out, embracing the man and clapping him on the shoulder. Quincy is yelling at me over the radio. Warning me there are vehicles parked behind the motel. A little late, big guy.

"Fire and knife! The Wild Times are near, brothers and sisters," says Childs to his followers, but he's looking right at me. "Gather them up. Do not harm them. They will be our guests at the compound."