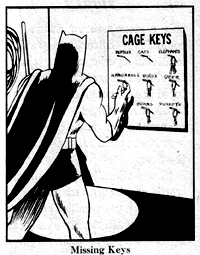 Batman will never have enough of animals. He collects them, like he does with money when he is mask-off Batman. He has found where the keys are stored, and now he will visit the bears, and deer and kangaroos. They will all come to fear his pointed-ear head and his crazy low growly voice and the sound of his cape dragging slowly across the floor. 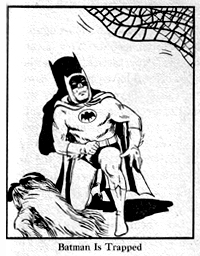 Batman is with some sort of animal. Someone covers him with a net, because they're tired of him giving the bad touch to animals and disposing of snakes improperly. 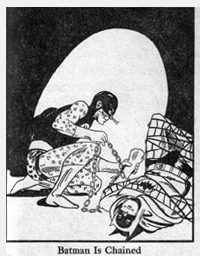 This is a furry. He wears whiskers, and a diaper, and a leathery head, and stocking feet. He is very gross, but he also loves the animals, and he wants to punish Batman for touching them, too, and he thinks the animals told him to do this, because he always believes he can hear what they're saying. 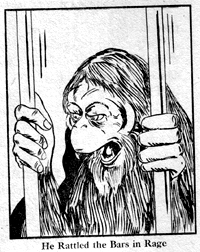 The orangutan isn't happy, even though the weird furry has captured Batman. He wants all humans to pay for what Batman did. 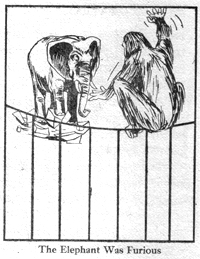 The orangutan tells the elephant, and the elephant becomes furious. It is large enough to have an extra jumbo revenge. Batman will regret loving so many animals, and the Head Guard will also have remorse for what he brought upon humanity, and Batlad will only feel bad because no one will tell him what's happening.

The True Lesson of this Reading Task is that people in the Outside world will tempt you to fight. They will dress up like animals that didn't even bite them radioactively, and then they will have love way with other animals. But if we punish these people ourselves, we are no better than a whiskered furry. Also, there were no Cheetah in this book, only snakes and lions and an orangutan monkey and a fake bat. This was to teach us about disappointment, to see if we would read all the way to the end even with no Cheetah. It is done. The End.