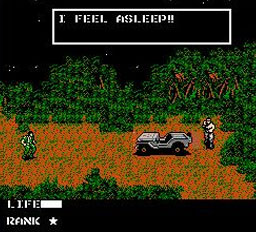 Come watch korean people play a computer game for money - If fan favorite scrubkilla69 pulls off an upset against XxZergrushaXx I will completely lose my mind.

Games With the Most Longevity - Where's Waldo for the NES always keeps me coming back for more.

Let's cast actors as video game characters! - No actor in the world can convey the true depth of anguish suffered by Cloud after the death of Aerith-san, except maybe Vince Vaughn.

Kicking horses and zombies to death: Let's Play Dragon Force! - Did you have a Saturn? Trick question, of course you didn't - so check out its perhaps greatest game in this "Let's Play" thread!

Steve Gerber, creator of 'Howard the Duck,' is dead Now, Steve Gerber may not go down as one of comic's greatest writers or anything like that but his work was loved by many. His best known work was of course the bizarre Marvel Comic's series Howard the Duck. Although the horrible, horrible movie overshadows his work on it.

Comic book tattoos thread (or how I learned to stop being liked by girls) So, uh, tattoos of comic book characters huh. Well, whatever floats your boat man.

The blog roundup Man how many BSS posters have comic related blogs? Answer: quite a few. If you want to even more comic discussion then by all means check this shit out. Woo!

Batman's Shamefully Exquisite Corpse Taking an old surrealist concept, an Exquisite Corpse is multiple people working on one piece of art. Here are the guidelines for this comic related game:
"-You don't need ANY artistic talent. Do your panels in MS pain, draw them on a napkin and scan them in, use magazine cut outs, it all fair game. The more diverse the corpse is, the better it is.
-Don't completely shit the bed when you get your panels. If you can't get your bit done, let me know and I can re-order the list. Take a day, do your panels and get them back.
-Try to stick with the what the previous artist gave you in their panel. Take it where you want to, but don't just completely ignore it. The surreal nature of this game takes over without you trying to do it."

Funny Panel of the Week.
Thanks, BetterTasteThnU 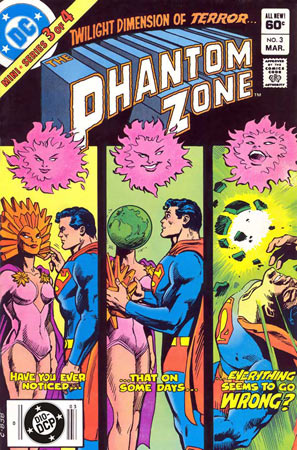