Do you think video game stories would make good movies? Hmm, lets look at the track record here. NO!

'The Dark Knight' Preview Page I don't know if you've been following along but the studio has been doing constant internet ARG (or Alternate Reality Game) for The Dark Knight in preparation for the movies summer release. Check out this thread if you want to keep up to date on everything released but don't really feel like dealing with all their weird bullshit.


NO DON'T HAVE SEX WITH YOUR COUSIN.

inidnana jones: "Cost i grow at least like 3-4 inches when i get hard" What is wrong with you people recently? Here's an actual quote from this jerk: "nah i don't think so.. tits are tits. i guess your mum is kind of weird, but my sister has huge tits and often reveals very revealing tank tops etc so i often steal a glance at them"
And now he's pretending to be dead.
"Well I have a slight porblem with my girlfriend. The past week she's been very distant and hasn't responded to many of my messeges, and whenever a lot of the time's when i ask to see her she's like 'oh i have to go over to Xs house, she's feeling really down and need to be there her.'

Now, she always seems to be doing this and worrying about other people or looking after them etc, but never seems to be about ME. Many a time i've requested her to come round during a particularly bad moment where I would like a bit of company and she's oftentimes been busy. So this begs you the question, just how much does she care about me? So i figured the best way to find this out would be to somehow make her think something horrible has happened to me like my parents of died are that i've been seriously hurt/killed and see how she reacts to see if she really cares. Is the a good idea? I guess i'd just like to know that she'd be there for me in that situation and that she does actaully care because right now I don't even know"

Dianasaur thinks that GBS is her Livejournal. I was just thinking to myself recently, I wonder what's going in on the life of Dianasaur? Now she's made sure to let everyone know all the minutiae of her everyday life in GBS thread form. Thanks a ton, I really care. 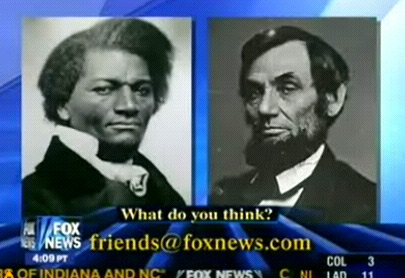 Un-witty name - This is a memorial thread for Un-witty name, undoubtedly one of Laissez's Fair's best posters, whose posting career was tragically cut short when he posted in a forum he wasn't supposed to. I'm pourin out a 40 for you homie

let's make the best political party - LF's greatest minds sit down to forge a new political party that's unafraid to tackle the important issues, starting with whether the mascot should be a platypus or a dog

Star Trek: Stealth Socialism - hi i just wrote a dissertation on the left-wing ideologies underlying star trek man you won't believe just how radical the show was for its time for example did you know that the episode "the trouble with tribbles" (ep. 042) was basically advocating abortion well guess what you do now