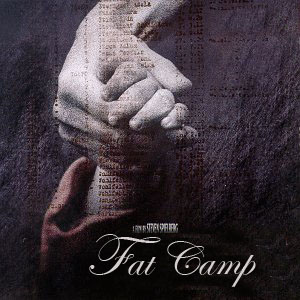 The darker side of disability - Costello Jello has a complex moral dilemma regarding his disabled friend who can not jack off. Skip ahead to page 5 for the OP update if you don't want to read arguments about jerking off the disabled.

Awful Moving Tips - Yay an MSPaint template thread these are always original and hilarious. I don't even have to worry about coloring or anything I can just stick with white.

Movies Through the Eyes of Elementary Schoolers. - I remember a time when I thought Bebe's Kids was a comedic masterpiece unparalleled by any other achievement of mankind. I memorized the entire song where robot Lincoln presides as judge over the kids when they break into the animatronic warehouse and they manage to teach him how to love with the power of rap.

Images of Loving: A Dollfucker's Blog - Quick read this thread before SomethingAwful LLC. is sued out of existence for persecuting dollfuckers and the women who love them. Legal threats on page 9.

Bumming about in Shanghai (with photos) - 56K gets bamboo shoots shoved up their fingernails! Haha! No really there aren't that many pictures here.

The 'Identify A Movie For Me' Thread 2 - Identify Harder The go to thread for all those movies you saw 5 minute snippets of 10 years ago and want to know what it was. Uh, yeah, I saw this movie once when I was 5 years old. It had guys and they were doing stuff.

The HD-DVD/Blu-Ray Megathread What the hell is Blu-Ray? Is there a difference between the two different formats and which is better? For answers to these questions and more check out this long running thread. Just uh ignore the early pages because they are a little out of date on information.

[Rec]: Dawn of the Dead meets Demons 2 meets the Blair Witch Project] Spanish horror that is scary as hell. Ooooooooh. Have fun trying to track down a copy but it is totally worth it. Be the first on your block and then when the remake comes out this fall you can be all superior and say: yeah, I already saw THE ORIGINAL version months ago.

The Forbidden Kingdom (Jackie Chan, Jet Li, some white boy) Out this week the movie martial arts fans have been waiting years for. A movie starring that one not gay kid from Will & Grace. Wait, was he gay in that? I wouldn't know, I never watched the show. This movie is pretty good though.