Oversized Hardcover Appreciation Thread Volume 4 Who the hell spends over $100 on a comic book? BSS does, that's who. Between DC's Absolute series and Marvel's OHCs and Omnibuses comic collecting can be an expensive hobby. 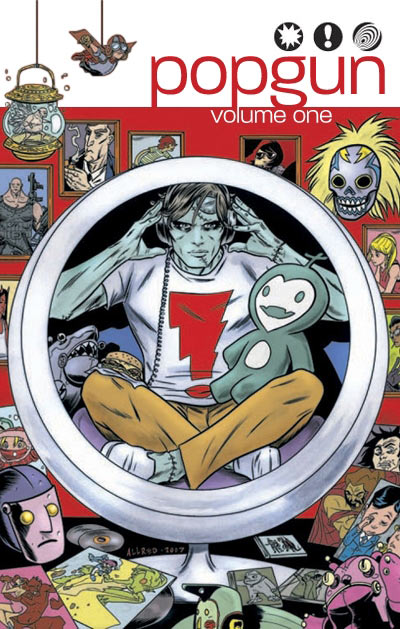 Funny Panel of the Week
Thanks Suben
Special funny panel note; this comic book is written by a goon. 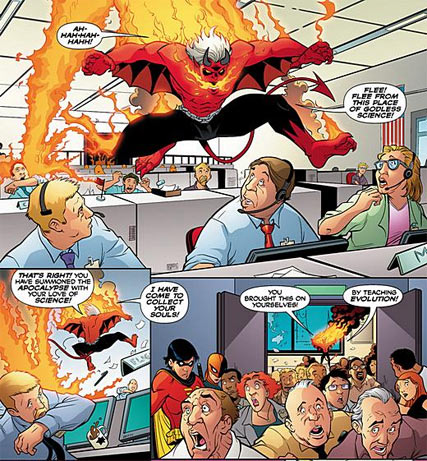 Krispy Kreme donuts no longer available near goons; mayhem in the streets. Not my Krispy Kreme donuts! Anything but those! Nooooooooooooooooooooooooo! They're too goddamn sweet and hey, maybe if they wanted their stores to stay in business they wouldn't give away free ones and setting up kiosks in every convenience store and supermarket in the tri-state area. That doesn't stop the lamenting from people who really shouldn't be eating donuts in the first place.

let's pretend: relationships Yeah man, when Becky (that whore) and I stopped going out I totally gave her some wicked burns. What were they? Oh, uh, I totally told her to not let the door hit her on the way out.

narxysus is pathetic and should commit suicide Now that's not a very nice thing to sa-
"People are saying that his devotion to WoW is a bad thing, but why isn't devotion to a partner just as bad a thing? Do they not take up just as much time? Do they not cost at least as much, if not more, money to maintain? When you fool around in WoW, you use up some time, maybe get some epics out of it. When you fool around with a girl, you get emotional dependency, sometimes financial dependency, and sometimes a baby. Children are a lasting consequence of relationships.

Why is it presumed this is better than a temporary addiction to WoW, which will end when the servers go down (which would be a lot sooner than 18 years - the time to a child being an adult)? A lot of you are right - he has blown a chance to get married to a girl for a lifetime. He has decided not to devote the rest of his life to one thing (i.e. one relationship with one girl) and instead has chosen to devote his life right now to one thing, and has left his future open to other possibilities, which will at that time appeal more than WoW does at the present.

Basically, why is a lifetime commitment to a real-life partner preferable on the grounds that it is a better choice in terms of not being shackled to something?" -y, oh ok then.

How can two people be here 9 years and never read the rules? Lowtax tries to find out how exactly two people can be here for 4 and 5 years respectively and STILL not understand how the autoban system works. I'm like, huh, what? Then people start asking him questions about other stuff and so it goes.

GBS Hates Authority Figures, Even Fake Ones: Part MCMXVIII This thread starts out kind of slow and has quite a bit of petty bickering. However once you get around to page 8 or 9 things take a turn for the funny.