Dream Theater vs. The Mars Volta 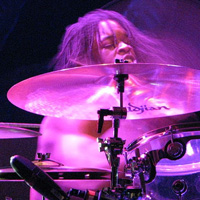 Have you seen this man?Track 4: The Mars Volta, "Twilight as My Guide"

Stephenie Meyer forever tarnished "Twilight" as an artistic concept: That sparkly-vampire glitter just can't be rubbed off the word's skin. Not that The Mars Volta scrubs very hard. In fact, it's conceivable that the group indeed used Twilight as its muse for this delicate blend of fey falsetto, acoustic strums and psychedelic swirls. When you succumb to this song's coma-inducing qualities, don't be surprised if some creepy stalker shows up to watch you sleep.

This sounds like a Bush song. Not Rush (though Dream Theater gives them the tribute-band treatment with "The Best of Times," later on the album) but fucking Bush. It's the lamest composition on either album, which means it has the best chance of crossover success. The lyrics address writer's block, which makes it an interesting prelude to "The Shattered Fortress," a medley of previously released compositions that smacks of creative desperation.

The Mars Volta finally awakens to produce a Generic Mars Volta song, with all the typical elements (mutant funk, weird time signatures, nonsense lyrics -- "Up that hill go the last of my crumbs/That's why I'll magnify a hole") distilled into an uncharacteristically concise, wildly unrepresentative single. It's amusing to think of someone seeing this video, becoming excited, and buying this album, only to become catatonic before reaching track five. Then again, anyone enthralled by this song and video more than deserves any disappointments life sees fit to offer.

This three-part installment (X: Restraint, XI: Receive, XII: Responsible) concludes Portnoy's "AA saga," a sprawling twelve-piece suite that parallels the twelve-step program. As goddamn ludicrous as that sounds, the song exceeds the expected level of absurdity. First, LaBrie and Portnoy execute a call-and-response sequence in which Portnoy barks out a series of non-threatening words using his ogre delivery: "Freedom," "Serenity," "Happiness." Later, he recites Chapter 11 of The Twelve Steps with solemn gravity, like he's reading from the Necronomicon.

"The Shattered Fortress" incorporates music from the previous "AA saga" songs, which leads casual fans to wonder about the self-plagiarism, and hardcore enthusiasts to huffily assert this was all part of Portnoy's plan. I urge both factions to remain tethered to reality, which dictates that any discussion of a twelve-piece "AA saga" comes with the preface "I realize this whole thing is fucking ridiculous, but..." attached to every argument.

"Luciforms" trudges through a couple minutes of watery vocals and undulating bass, before Pridgen escapes captivity to bang out some drumrolls. The album ends with the line "My fingernail choir will make your chalkboard sing," which seems to promise a next-album return to their usual irritating bullshit. Then guitarist Omar Rodríguez-López finally performs the record's first solo, giving cathartic release to any still-conscious/living fans.

This comedy classic stems from another riveting Petrucci anecdote, this time an occasion on which he inexplicably agreed to be driven "across the open country side" by a "young, eccentric man" who calls himself "The Count of Tuscany." He protests: "You took me for a ride/promising vast adventure/next thing that I know/I'm frightened for my life." John, people usually come to regret the decision to get into a car with strangers who promise "vast adventure."

Part of his discomfort stems from his introduction to the Count's brother: 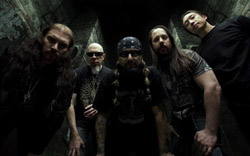 If anything, the Count should fear these brutes.A bearded gentleman
Historian
Sucking on his pipe
Distinguished accent
Making me uptight
No accident

Things look grim for Petrucci, especially when the Count extends the terrifying invitation "Come and have a taste/a rare vintage/all the finest wines/improve with age." But the song detours into an instrumental dream sequence that kills the life-or-death tension inherent in any confrontation with an oenophile and his hirsute pipe-sucking sibling.

The Count eventually speaks, which seems like the perfect time for Portnoy to use the scary-metal-dude delivery he's been practicing all album on words like "kindness" and "courtesy." Instead, LaBrie voices him sensitively, "Please don't be afraid/I would never try to hurt you." That poor, misunderstood Count of Tuscany. Petrucci wastes a third of the song on "I don't wanna die" whining, and nothing happens, not even a nightmare to remember (no accident).