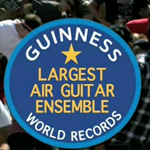 10) Weezer "Troublemaker": Weezer's video for "Troublemaker," a dumbfoundingly infantile declaration of defiance, concludes with the band and extras being awarded several Guinness World Records, such as "Most People in a Pie Fight" and "Largest Air Guitar Ensemble." The song also sets a few unrecognized marks:

Worst forced rhyme: "Marrying a beeyotch/having seven keeeyods." The latest manifestation of Rivers Cuomo's unbecoming ebonics fetish narrowly edges the lyric preceding it: "I can't work a job/Like any other slob/Punchin' in and punchin' out/And suckin' up to Bob." When informed he'd set this record and then immediately reestablished it, an inscrutable Cuomo responded: "I know I can do worse/this talent is a curse."

We get it, you don't care *how* gay you look.The Largest Mass Delusion: The largest mass delusion regarding a rock band occurred in 2008, when thousands of Weezer fans defended its insipid "Red Album" with variations on the desperate rationalization "the lyrics/music are bad on purpose! It's all ironic!" This conceit extends to the odd belief that the "Red Album" is a joke on the record label, which profits from its sales, rather than a cruel mockery of the fans that paid for it.

Most lyrical energy devoted to communicating that you don't care what people think: Weezer established the standard for "most effortful display of a carefree aesthetic" with the first three songs of the "Red Album." Combined, "Troublemaker," "The Greatest Man That Ever Lived" and "Pork and Beans" contain more than twenty proclamations of rebellious uniqueness, each instance more pathetically unconvincing than the last. 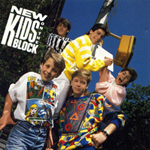 Innocent yet shitty.9) New Kids on the Block: If New Kids on the Block had simply reunited and toured, dusting off their pre-pubescent embarrassments for mentally stagnant fans who never outgrew kiddie pop, they probably wouldn't have rated a mention. Their spot on the list would have gone to their rightful heirs, the Jonas Brothers. Unfortunately, they felt the need to release a new album, on which nearly every track pursues these dual themes a) we're adults now b) we really want to fuck. Let's hope the Jonas boys keep the purity rings forever, or die prematurely, or anything that prevents them from recording lecherous "I'm a big boy" and "I'm-a give you some grown man" come-ons twenty years down the road. 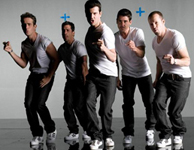 Dirty old fucks.The Kids' three grossest new songs: "Sexify My Love" contains Weezer-caliber rhymes: "Really gotta concentrate/and now we're gonna consummate/so let's conversate." Also, again, it's fucking titled "Sexify My Love." But wait, there's also a gas-station metaphor ("Full Service"): "I'll lift the hood and look up under/From the front and to the bumper/ I'll fill you up (If you wanna get some)/I'll pump you up (Cuz I got the premium)." And, a disturbing song about the "freaky temptation" to videotape New Kid sex: "I'm directing and producing/And you're the leading lady of my show/No body double needed, cause I do all the stunts on my own." Hearing this disgusting record is like being propositioned by a haggard prostitute you recognize as a neighborhood brat you hated decades ago.

8) T-Pain: Not only did this robot-voiced clown release his own mercilessly overlong (73 minutes) album in 2008, but also he made a lot of other crap worse as a "featured" artist. A widespread contaminant, T-Pain has appeared on more than 100 tracks by other performers. Here are the three stupidest-sounding entries from that endless discography.
"Moon of Dreams"
"What's Yo MySpace?"
"Send Me An E-Mail"


7) Jason Mraz: Whenever jam-band dorks string together big words and unrelated rhyming phrases, idiots praise them for being "clever" or "LOL, so random!" Jason Mraz, the heartthrob of this unwashed scene, has patterned his entire contemptible career after those excruciating rap verses from Barenaked Ladies' "One Week." For example, here are the first ten lines from "The Dynamo of Volition," a bout with vocabulary diarrhea:

Sorry."I've got the dynamo of volition
with pole position
Automatic transmission with low emissions
I'm a brand new addition to the old edition
with the love unconditional.
And I'm a drama abolitionist
Damn no opposition to my proposition
Half of a man, half magician
Half a politician holding the mic
Like ammunition"

Do you hate him yet? Imagine a horn section, bongos, and some bass-slapping asshole as his backing band, which makes Mraz sound both laid-back and flamboyantly gay, like a Jack Johnson/Ricky Martin hybrid. Mraz uses words like "bestest" when he's not babbling Scatman nonsense, but because he does so while picking an acoustic guitar and wearing stupid hats, he's hailed by the world's dumbest white women as a "poet."

6) Plies: Plies might seem like ringtone fodder, a poor man's Master P. But instead of rapping about thugs, Plies talks of "goons," thus endearing himself to SA's forums. So instead of citing moronic lyrics from his two terrible 2008 albums, I have arranged this photomontage of Plies' best goon-related sentiments and imagery. 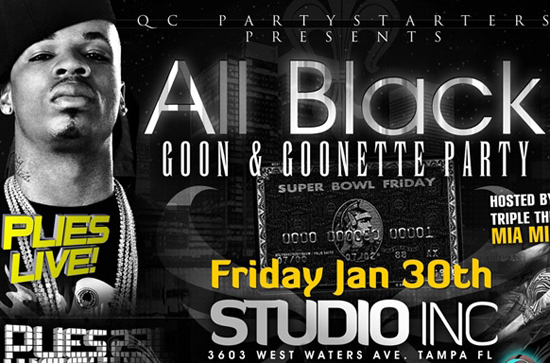 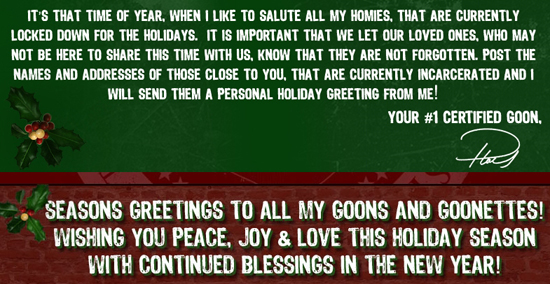 5) Buckcherry: While the suckiness of Buckcherry's music was thoroughly discussed upon the release of 2008's Black Butterfly, the photo faces of the group's most obscure members require further examination. 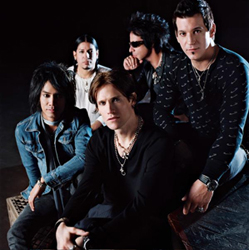 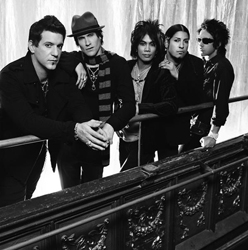 Jimmy "Two Fingers" Ashhurst, bass: At every photo shoot, "Two Fingers" wears sunglasses and stares off to the side. Perhaps he's too cool to give his undivided attention to pedestrian matters such as publicity shots, or maybe he's infatuated with his profile. More likely, his minuscule intellect leaves him unequipped to deal with even the slightest changes in his environment, meaning that he exists in a state of perennial distraction.

Xavier Muriel, drums: The most versatile Buckcherry member, Xavier ranges from bloated-biker-era Vince Neil to Pocahontas to Classy Longhaired Gent to sassy stylist ("Look at the fabulous job I did on Stevie D!")

Keith Nelson, guitar: No matter what facial expression this guy makes, he still has a fucking soul patch.