It's my pleasure and privilege to welcome Everett True to the Something Awful music staff. True started writing about music back in 1983, for New Musical Express and Melody Maker, but I first became familiar with his work as a reader of Seattle's weekly The Stranger in 1998. I noticed not only his distinctive voice, but also the way responses to his columns crowded the paper's letters section, and how the feedback extended beyond the usual "you're wrong, this band is good!" or "how did you leave Bad Religion's Suffer off your year-end Top Ten list?" rants that I saw in the reader mail section of my local daily paper. (OK, I wrote the Suffer letter.) People were actually engaging in critical, analytic discussions, in which they considered the relevant cultural context and made the effort to describe why they liked or disliked an artist, and it was True's provocative work that elevated the level of discourse. I trust he'll be doing the same thing here as a regular contributor. -- Andrew "Garbage Day" Miller

Everett True will start producing new content for Something Awful later this month. As an introduction, though, here's a revamped reprint of his highly polarizing article about a band that has long been #1 on SA readers' bash-request list. 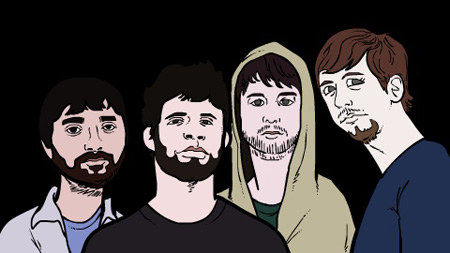 None of us like to be associated with those chicks with their tits hanging halfway out of their bra-straps, teetering down the Valley on four-inch white high heels. So we can't be caught liking what they listen to (probably Lady Gaga or Britney). None of us want to be seen hanging with the lads who think it's a laugh-riot to see how far a wall can splatter blood. So fuck their taste (probably Chili Peppers or Nirvana). Your parents, they're old. They like songs that have melodies and structures and stuff (probably Weezer or Blondie or Beck). Crap, how '90s. Secretly, in your heart of hearts, you want to keep listening to Radiohead's OK Computer but you know that your beard-growing college chums would despise you if they knew, even though they all feel exactly the same. Really, all you want to do is have a few brews and chill out, and not have anybody freak you out with loud noises.

You should never feel ashamed of liking music, not even if you favor a band as derivative, irrelevant, unimaginative and collegiate as Animal Collective. It's up to you. Really, it is. If they're special to you, then that's just fine. That's great. So what if the one idea that Animal Collective had - to spill beer on their copy of the Beach Boys' Pet Sounds and then sing tunelessly along in the background over the occasional vomit of acoustic guitar - was thought up in a Brooklyn stoner haze, bumming someone else's joint?

It's your choice, man. (Do the vocals sound so muffled because of all those beards and wooly jumpers?) It's a mark of good taste to be seen listening to Animal Collective, isn't it? They're Supertramp (minus the tunes) for the '00s.

Hey, wait a second. I've got a joke for you.

What do you call a music forum user who refuses to make vaguely homophobic remarks? Gay. 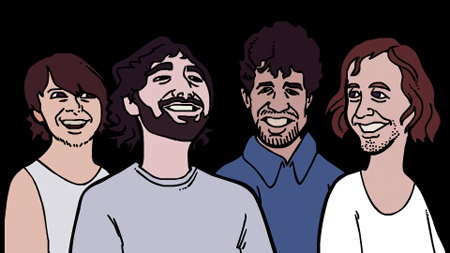 You can laugh at that, because you're being ironic - right? And good on you, man. A finely developed sense of humour is one of the trademark characteristics of an Animal Collective fan. Do you like this one as well? Someone once wrote to me that "A fellow I know once stated that the Animal Collective are at the apex of what he termed the 'skipping-CD Beach Boys meets the Lion King soundtrack' age. Recently he informed me that era was finished, and the 'record your girl-group songs in Pro-Tools then add distortion to make them lo-fi' epoch was now upon us."

Laugh at that one, too? Good on you. You've got to love an indie kid with a sense of humour. Now, just for fun, how about we list a few reasons why you should perhaps think about switching your allegiances from Animal Collective to a semi-decent band that doesn't think the high point of Western Civilisation is the invention of the bong ... 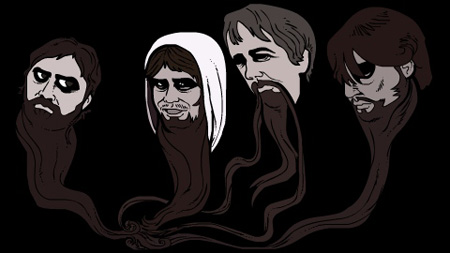 Thanks to Shmorky for the illustrations! Check out more of Everett True's writing here.