Tiesto Meets the Monster of Trance 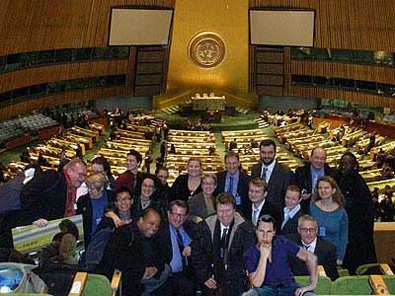 The conspirators don't have any doom fortress that rises from the ocean or whatever. They are a group of incredibly wealthy people who have been controlling culture for decades, but being incredibly wealthy doesn't mean they're completely made of money, they just have enough, thank you. Plus it really attracts a lot of attention to hire a team of builders out in the middle of the Atlantic or in some dormant volcano. People talk to their friends about this sort of thing, like, "hey, so today I installed a lot of equipment in a really unusual place. I think I'll check this out some more" instead of saying the much preferable "this thing does not seem suspicious or like a conspiracy at all." So instead, the conspirators use a pleasant office building in New York.

Tijs went to this building for his appointment. The person he was seeing didn't have any official title, but he was called "the guy that's more or less in charge of the trance part of the conspiracy to start a new fascist movement among white people." Tijs did not like guns, but he brought one. Tijs wanted answers, and he didn't have any specific questions, but he'd think of them. He walked into the office.

"Welcome," said the man, who was dressed like a '40s band leader. Behind him was a row of computers each coming up with a random melody, and a row of people with large YES, MAYBE, NOT ANNOYING ENOUGH, and NO buttons. "I hope you are ready for the next stage of our plan," said the man. "You will run for a public office and win, before you gather more power and take over the entire government. Then you will implement some other stuff we haven't quite come up with yet. It will probably be repressive."

"What does this have to do with trance?" asked Tijs while thinking about shooting the man.

"If we can fill a stadium with young people to listen to that, then we can fill a stadium to get them to do anything. It's not that big a jump, really. It will also be much easier to fund because we will make up some names of politicians and have them tour, charging $30 a person to see them. Lots of people have run for office well-funded, but not many people have made $5000 a night while doing so." 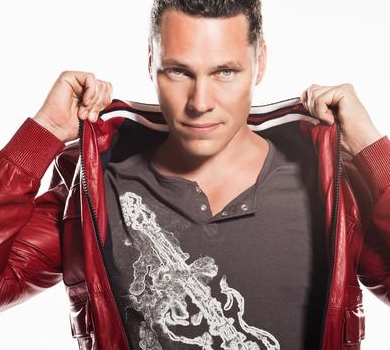 "He did not think that trance was very good at fashion."

Tijs gasped. The concept was so simple. "I will stop you. This cannot continue. People cannot continue spending all their money to see egotistical people. That is not right." He pulled out his gun and aimed it at the man. He put his finger on the trigger, then he pulled it. Suddenly, a shot came from the gun. Then, a gunshot appeared on the man. There was a hole in him. Tijs was reminded of when the woman he loved (mentioned earlier) was shot. This was different, because he had not had sex with this man, and it wouldn't have been nearly as good even if he had. The man's bodyguards heard the shot; fortunately for Tijs, it took them 64 bars to start doing anything.

"You are a fool," the man said between painful breaths, because a bullet passing through organs of even moderate importance can make breathing difficult. "Trance cannot be stopped. This will be inevitable. Such a large number of people with extra money to spend while they attend college in the suburbs are a force too powerful for your comprehension and understanding."

Tijs fell to his knees. He knew the man was right. He would have to continue being Tiesto, or face extermination. His fate had been set by the monster of trance.

Jesse "kingcobweb" Mason is on a personal mission to make "them" third person singular. If you are exceptionally interesting, you may reach him for comment at kingcobweb@gmail.com.