The Hunger Guides: Your Guide to Hunger Games Guides 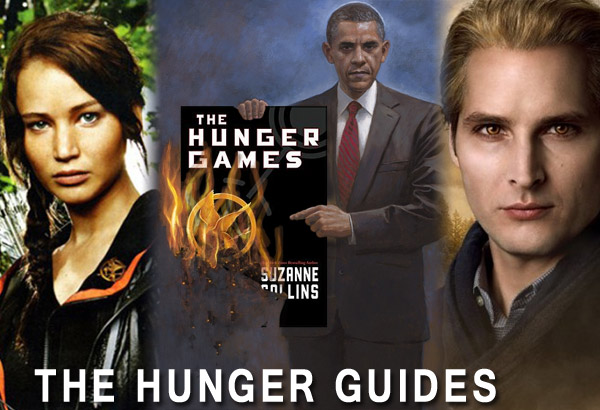 Well, haters, it's because you do give a shit, you just haven't let the hypeions suffuse your bloodstream yet. The PR agencies are working overtime. The media is hyper-receptive. Prepare to learn everything you didn't realize you wanted to know about the Hunger Games from the unlikeliest sources in the OFFICIAL Something Awful Guide to the Hunger Games Guides.

The Kansas City Star's "A-Z Guide to 'The Hunger Games'"

Kansas City Star writer Sharon Hoffmann dazzles with an alphabetical guide to terms important within the Hunger Games lore. In this dystopian future a lot has change in the world and Sharon helps us to understand the reality in which the games take place by defining terms that might otherwise bewilder us.

Bow and arrow: Weapon of choice for hunter Katniss Everdeen.

Alright, this is basically the site where all these articles belong. I don't know if it's the ultimate guide to the Hunger Games, but it seems to be the ultimate guide to Jennifer Lawrence, the star of the film who plays Katniss Everdeen, a girl chosen to kill children in a game. Teen Vogue has roughly ten articles each about Lawrence and her shirtless costar Liam Hemsworth.

the hunger games guys: team peeta vs. team gale
hunger games fans know who katniss fancies, but we're still split. when it comes to the heroes of district 12, where does your heart lie? maybe these cute photos of peeta and gale will help you pick a fave. 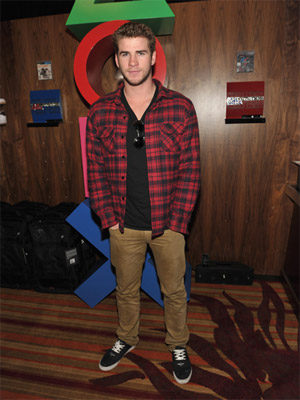 "Hee-hee BOYZZZZ! We're teens and we're free and don't punctuate even though I'm probably a 25-year-old intern." What I want to know is what happens in the story? Is Katniss brutally killed in the Hunger Games or does she find love, become an adult and ultimately win the games by destroying them? I can be told, but I'll never really know, because parents just don't understand.

The New Yorker's "A NOVICE'S GUIDE TO 'THE HUNGER GAMES'"

If you're expecting erudite deep-reading mag The New Yorker to condescend to everyone, well, sure, there's some of that, but this guide serves as part review and part chance for Amy Davidson to repeatedly plug her article about Hunger Games she wrote for The Daily Comment. I've never heard of The Daily Comment, I'm sure it's great, but, lady, you're writing an article in the New Yorker. You're on the top floor. Get off the frigging elevator and just write your Hunger Games guide.

Yes, and not just because, as I wrote at Daily Comment, the story becomes less about a game and more of an examination of war, politics, counterinsurgency, and the use-and cost-of violence in all of them. The final chapters of the trilogy are a sort of political assassination thriller.

Spoilers! Also, like just about every review ever appearing in the New Yorker, I'm not even really sure what the author's opinion was. And it ends with a Youtube video from Clerks. Huh.