The Hunger Guides: Your Guide to Hunger Games Guides

Thestate.com's "'The Hunger Games' guide for the uninitiated"

This one is a wildcard. Writing like English is her second language, Betsey Guzior provides a "guide" to Hunger Games for this South Carolina newspaper. Her short, but borderline incoherent article is filled with incomplete sentences and inaccuracies.

At one point she mentions the effects of flooding in the movie on South Carolina, giving it that local flavor. Later, she compares the post-apocalyptic setting to Blade Runner and Gattaca and the game to The Running Man (sure) and, to quote her, "Mad Max: Thunderdome."

Let the games begin: 24 contestants hunt each other down in an arena - while the world watches on TV. One survives and is declared the winner.

Yep, sounds just like Thunderdome. In this post-pre-post-post-feminist world we can all gush about fashion. "'The Hunger Games' has fashion!" Betsey headlines and then tells us to see "Brazil." Alright, Betsey, but if we watch Brazil do we still have to sit through the Hunger Games too?

Posted to the amusingly desperate "Huff Post Teen" section of Huffington Post, this guide features a perfunctory introduction written at the level of a twelve-year-old's email to a friend. The real gems are the ten bizarre youtube videos purporting to show teens how to paint their nails with Hunger Games symbols and fashion.

At the end of the article the author implores readers to "Tweet photos of your HG-inspired nails @HuffPostTeen." I checked twitter and not only did nobody do this, nobody has ever tweeted @HuffPostTeen who is not an employee of Huffington Post.

While widely-respected Salon does not offer any comprehensive guide to Hunger Games, they have published six articles on the movie. They're all embarrassing, including "What Occupy can learn from the Hunger Games" (maybe spend 50 million on marketing?), "The sexual politics of 'The Hunger Games'" which is two sentences worth of analysis echoed in almost every review stretched out to article length, and my favorite, "'Hunger Games,' Taylor Swift reinvent soundtracks." Seems like a pretty big claim, but it's true. 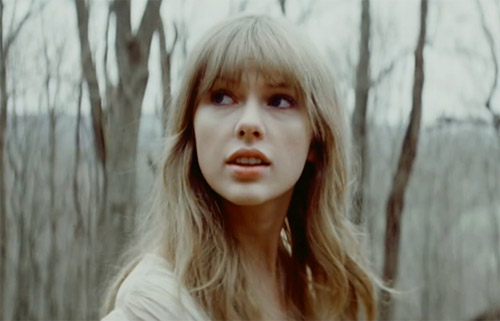 It turns out, now get this, the Hunger Games people hired some really popular musicians to put original pop songs on a soundtrack. And they hope to make it a #1 soundtrack. Genius! How do they come up with this?

Shame on you, Salon.

The Christian Science Monitor's "'The Hunger Games': a quick guide for the uninitiated"

Last, and certainly least, the venerable CSM provides a numbered guide describing various characters and details of the setting of "The Hunger Games." It's drily factual, but what makes it stand out is that you have to load a completely new page to see each of the eight items. In the case of Christian Science Monitor's site, this means loading a lot of ads each time you hit next. A lot. On ONE page I received the following ads:

Meanwhile, the content on each page of the article is one small picture and a paragraph of text. Hey, CSM, everything alright on your bottom line over there? You trying to compensate for the death of print? Because this way doesn't work.

Fortunately, nobody has to rely on CSM for their Hunger Games fix. With sites shifting all of their content over to Hunger Games, it's a buyer's market for these guides. Just wait until we complete our transition to an all-Hunger Games global economy.