MY PROPOSEL TO MSNBC: GIMME A EFFIN SHOW

You all Palin haters will tune in for monorlogs.What up yall?

So first off I know Haiti is occupying the media landscape as Tank would say, and I got to add my two cents and say that is effed up. I saw that serpent and the rainbow movie with bill paxton and you could not get me into haiti with 10 platoonses of marines. Turning people into zombies and shooting lightning everywhere. No wonder they got earthquakes. Messing with magical forces of nature no wonder you unearth some tectronic trouble. I don't trust that.

My prayers and whatever are with them though. Go to www.redcross.com and send blood.

Hope those dudes pull through.

Anyways, my main point was I got two big Sarah Palin things going on right now. First of all, that book called Game Changers which is about the presidential shit. It even mentions me a couple times, but the main point is now everyone can see even more of what a fuckin apple bucket Mrs. Palin is. She is monster truck messed up. They talk about she didn't even know what the Korea war was and, I mean, I know it was against Korea, but like it isn't my job to know about Korea and shit and I am pretty sure it is the presidents job.

I do know about World War II. That was the one with Hitler and the atomic bombs which is what we had to do to the Japanese to make them stop bombing Pearl Harbor. And that was the Saving Private Ryan war, with the beach and shit. Whatever, close, right? I know they didn't have machine guns in the civil war, I remember that from history. 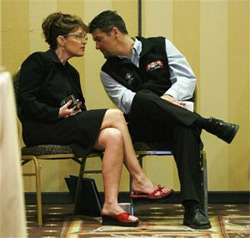 That dude doesnt give a shit about history hes probably telling her about thomas edison inventing wonka bars or some shit.I don't blame Mrs. Palin entirely for her ignorance. She was busy being governor and dealing with permits for deadliest catch or whatever governor of alaska even fucking does. Like opens an oil rig or declares it bear day or some shit.

Todd was filling her up with crazy shit too. Lactonic motherfucker might not say shit usually, but when he talks it's usually about shit he heard on art bell or read on some website that is blocked in like a bunch of countries where they figured out knowing shit that was too stupid might fuck you up for good. You just read the wrong blog page about LBJ doing shit with magnets in a pool and it's all over. You're done, buddy.

So on that account you should consider yourselves lucky mrs. palin just believes saddam did 9/11 and not some real wild shit like sliders universes opened up and it was the world where america was stuck in the wild west times.

The other big thing concerning me and my career at present is that mrs. palin, who most people think is just about the dumbest broad alive, somehow got hired by Fox News. I know some dudes love her because she said drill babies and hates obrama or whatever and she's a woman, but still, I hope she doesn't have to add any fractions. I mean goddamn. Are they gonna ask her opinion on colors and if she knows her right from her left. See if she can read a clock. It just seems cruel. 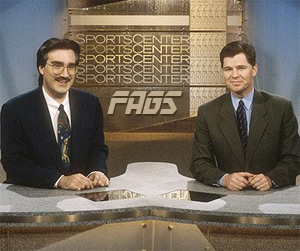 SPECIAL COMMENT: Yalls shows are gay as hell time to make room for the champ.But then I got an idea. Like, if I am Sarah Palin's ultimate enemy and she got hired by Fox News, then what is Fox News's ultimate enemy? It's probably something gay (no offense to gays) like wickopedia, but the one I'm thinking of is MSNBC. It's that cable news network that you never hear about with that oberman and that guy who always says dick cheneys name all weird and Ed and that maddow dude.

Literally gay people watch that channel and gay people hate Sarah palin so much, but thanks to Tank's PR efforts they love me. And that's cool I love gay people. More power to them.

So I think what needs to happen here is that I need to get a TV show on the gay news channel with that MSNBC channel and they need to put me on opposite the Sarah Palin show or whatever show she ends up on like Brad Hume report or costello and company who the fuck even knows. Fox News makes me want to take a shit at this point. Fucking hannity with his face. Fuck his face. I'll do burn outs with my bike on his face.