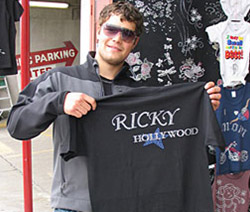 "I believe he goes by the name Ricky Hollywood now," she jokes to Oprah. "He's quite busy with media tours. ... That's Levi's gig right now."

Goddamn this is getting to be worse than the time she saw little mermaid and spent a week thinking she was a cartoon crab. We had to sing her out of that shit. Everybody had to get in the basement and Todd put some tinfoil strips up and blue lights down there and we had fish suits and we had to fucking sing a song to get her to realize she wasn't a cartoon.

I don't remember what my line of the song was, but that whole deal was nasty. Mrs. Palin walking all crouched down shuffling sideways, picking up pieces of chicken Todd put out for her. It wasn't natural.

Same thing happened first time she saw Beauty in the Beasty and Mrs. PAlin said she was a teapot. That one was even more fucked because we had to throw scalding water on her until she realized what the fuck.

Anyway, bitch is on a rampage of slander so I figured I had to come in here and rebut while she's blipsing all up in the media. First of all that Ricky Hollywood shit is like Ziggy Stardust or like Babo Booey. There ain't no real Ricky Hollywood, it's just some shit you say when you put on some shades and a pink fedora.

She went on Oprah and said I don't want to see my kids and I'm more concerned with media tours and shit. Which is hilarious because number one the last time I tried to see my kid was October and Todd just stood there without a shirt on all greased up and I had to play with Tripp and Tork right there in the garage. Lactonic motherfucker didn't even blink even though he had like negative eight degree wind blowing up in his eyes. So don't go on the Oprah show acting like I'm a neglectful father when you got like Fort Palin up there might as well dig a moat. Secondly, that shit is double hilarious because who the fuck are you to say I am too into the media!? 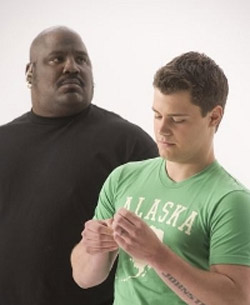 Your not ready for Ricky and Tank. Ricky Hollywood is going to roll all over you. With Tank too.What the hell? You give like a press conference any time I say anything and you've got every TV show booked all week, I could barely even get on some shit. I was about to sue Tank on Judge Mathis when finally some dude on Fox Business agreed to have me on. I don't even know what the fuck is that shit? I

think it's like when you're changing channels what is between two channels some Buckaroo Bonzai 50th dimension shit. Like if you press up and down at the same time you change channels sideways and end up on Fox Business talking to some old lady in a cowboy hat about bonds or some shit.

You are like the queen of media and not giving a fuck about your family. You'd keep them all in a sex pit like Buffalo Bill if you thought the Alaska bloggers would never notice. Sending down buckets to put the dead babies in while Todd is singing goodbye horses and riding around naked on a snow machine like some sort of transgendered teddy roosevelt eskimo looking fuck.

All that's just to address the shit you said on Oprah. I mean goddamn you are just out there laying down the lies and that new book I had summaried for me so I got some rebuttals to issue on that shit as well, but hang on first I want to make sure everyone tunes in to my Playgirl interview on Fox Business. By the way here is my hot early release leak photo tell me this doesn't make your seat wet: 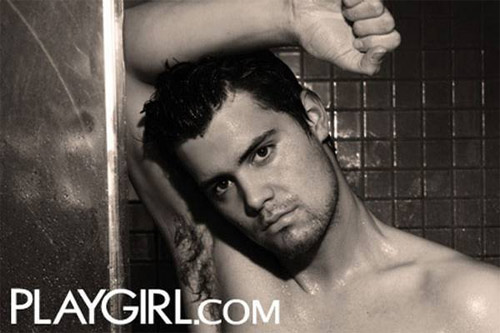 Anyway that show is at like 14 o'clock on channel F. The host was some guy with one of those names that's just a picture of something. Looked like a hot air balloon but when he says it the name sounds like "Kirby." I'm gonna be on his show right after the guy who is marrying a computer and the woman who got her face torn off by a dolphin or whatever. I want to talk about my Playgirl spread but we'll probably end up spending twenty minutes talking about how the cover of newsweek is sexy.