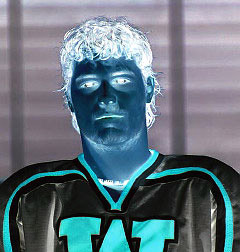 "I find the answers aren't so clear wish I could find a way to disappear" Linkin park one step closer oldie but a goody.Hey gang. In the immoral worlds of Michael Steele waddup?

Let me just say before I start in with this shit, that this ain't a joke or a prank or nothing. This shit is 100% serious and I hope you are reading this Bristol and Minka and Tara. I hope you bitches are fucking reading this shit.

Brad and Bodie and TJ and Tucker fuck you guys too. This is some Ricky Hollywood shit. I know you bitches talk about me all the time now. I know you went to Birddog's and Eager Beavers and didn't call me. Frenchie told me about your little hunting trip too fucking faggots fuck you guys.

Don't give me that "we thought you would be busy" shit either. I am fucking through with you guys. Ricky Hollywood has got more bush in him than you fuckers. I was born with a buck knife in one hand and a sprayer of moose piss in the other so don't tell me I ain't real no more.

Shit is just all messed up. Thank yall for reading my columns. But this is gonna be my last column ever. I'll say that right now. My life is just unrabbling on me. I haven't heard from Tank in like a week. Playgirl stopped replying to my emails. The last reporter that called my cell phone worked for McClosky or some shit. What the fuck even is that? Scotland's yard bullshit.

Ahhhhh fuck, I don't know. I wrecked my 4x4 last Thursday and I rented a 300 with the last of my Playgirl money and then I didn't have enough money for insurance and I somehow drunk drived the 300 into a lake. What the fuck it snowed while I was in Burger King getting my whopper junior on. Snow must have covered up the lake ice so how the fuck was I supposed to know? I tried to call it in stolen but you know they don't have payphones anymore? I remember those things from when I was a kid but now they're all gone. Someone should look into what the fuck happened.

Anyway I couldn't call so I just ran like hell. Blacked out and don't remember what the fuck happened after that shit.

Oh damn hang on I am fucked up right now just writing this.

Next thing I know I woke up in a fuckin' sleep-off in Bethel with no shirt on and just sleeves on my arms. What the hell? I was also wearing a pair of side-zip track pants. WTF I don't even own track pants and I sure as shit didn't know they had side-zip pants period. The cops were super cool, so big shout outs to Randy, Sgt. Brewer, and especially Donna if yall are reading this. 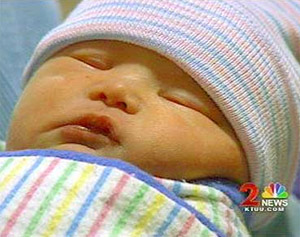 Ill miss you most little dude. Even more than the other kid.I told them some gypsies got me wasted and tricked me with one of those cup games and that was the last I saw of my 300. They got it out of the lake and it looked pretty okay except for all the water so they can probably fix that at the rental place. But then they come up with some bullshit technicality like water damaged electronic or something. I know how to fix a truck I don't know shit about electronic cars so I figure they are lying, right? So I pop the girl at the desk in the mouth and everyone starts freaking out so I just run like hell.

Wellllll long story short I have been booked in Wasilla on assault and resisting arrest and the cops here are way less cool (pretty much faggots) than the bethel sheriffs. This assault charge is trumped up, but its just the latest of my whoas.

First there was bad investments. This guy named Shawn said I needed to get in on this acai berry shit while the market was in full swing, so I bought like 50 cases of that shit and leased out some strip mall place in anchorage. I was even talking to some girls to hire when I found out the acai berry boxes were just full of captain crunch bags. I called the cops and they were like "didn't you check that shit?" and I was like "what the fuck do I know the difference between an acai berry and a crunch berry?"

He just stared at me all fat and red so I tore open a bag and grabbed some and said "does this shit look real to you?" and threw a handful at his face which I guess they claimed was "violently" but it was more like "here fucker look at this up close you fat fucker." Anyway, tank and some contributions to the policemans benevolent society got me out of that one, but I still lost the investment money which was like almost 2,000 dollars.