I don't quite remember how I made it to Shanty Town; perhaps some game master got bored of me running around naked trying to kick NPCs and sent me there. However, the guards in shanty town didn't bother with armor or clothes for that matter and neither did a certain seductress named Sarah. Sarah did not talk or even move but her breasts attempted to lure me into a dark world of sin. To fight off the temptation of shaming Jesus, I sent a roundhouse kick to the bitch's face. Take that blasphemer with breasts as supple as one of those stress balls filled with little beans!

I had to hide from the guards after killing the town's naked woman so I headed into the desert. Luckily, a titty bar existed right outside of town and didn't have a single person in it except for a stripper and a "default" NPC. The way Mr. Default stared at the stripper sent douche chills down my spine but the stripper did much worse. Nothing short of a demon, she moved in ways only replicated by the way ghosts move in horror movies. You know, the really jerky and quick movements that are intended to scare you. STRIPPERS ARE NOT SUPPOSED TO MOVE THAT WAY! 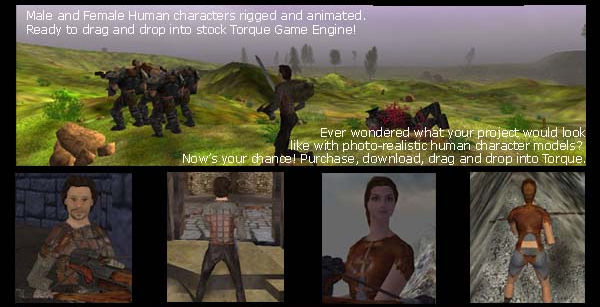 FOR THE LOVE OF GOD BUY OUR SHIT I AM STARVING!

After fleeing from the demon strip club, I wandered for another ten minutes until I found some military guy looking for swords. I set off and attempted to kill a bandit for his sword but at this time I couldn't do any damage and he completely ignored me. A day later, the developers patched the game and I now could kick these bandit punks to death. In fact, I found that I only had to spam the kick key in order to kill something without taking much damage. This worked on every mob other than the "brown zombie" that eventually beat the piss out of me (I think he had an extra bone in his ankle and dodged my kicks with lightning speed).

I think the developers are complete racists. They made the only aggressive NPC (that I saw) a brown zombie and in fact, the brown zombies are the only NPCS that are... well... brown. It also doesn't help that the developers put "brown zombies" in a faction called "unclean" which is the worst stereotype I have ever heard of! Although perhaps only coincidently, every brown zombie looked exactly the same. So are the beloved developers of Ruin Online racists? You decide!

Combat in Ruin Online can certainly be a fickle bitch. One day I couldn't damage anyone and the next day brown zombies were "up in my grill." When I stuck to only killing the white NPCs I did quite well even though I had no pants and they had guns. Everything did the same amount of damage even after I found some swords and swung them wildly at the area around my foes. It didn't matter what I did I always managed to do 25 - 100 damage.

Ruin online: The wild ride of the internet west. She was a beast to tame and I am not sure I left without any scars. None of these scars had to do with fun, mind you.

I'd like to thank the following goons that couldn't even get the game to start since they didn't have enough RAM: AtomicOrange, CrashTestVictim, Zenzirouj, Helmholz, Haruharuharuko, Girdox, Raithe, and Gort.