Finally! A quasi-MMO that lets anime loving teens pent up with frustration punch other anime loving teens in their virtual faces. However, nothing could come close to punching each and everyone of them in their real faces for playing Rumble Fighter. This game, like most of my articles, was half-assed and completely uninteresting.

I know I spend my paycheck on dragon wings.I hated this game. I even thought of simply writing that and nothing more for this article. The game play is so uninteresting that I couldn't think of anything to make a video about. Rumble Fighter left me with very little material but thankfully I am able to stretch "hey this game was boring and dumb" into a page long article.

Even Rumble Fighter's graphics were bland and dull and the character models, like every game I review, looked really stupid. This time I was treated to child-like bodies with gigantic heads--much like shitty anime bobble-head dolls. I suppose calling them "shitty" and "anime" is a bit redundant but I must emphasize how stupid these characters look. In fact, even someone like you can create a model for this game! Go pick your favorite anime character from your extensive library of embarrassment, shrink them down, enlarge their head, cell shade them, and finally (but most importantly) lay your monitor on it's back and take a giant steaming crap on it. Congratulations! You have just created a character for Rumble Fighter!

To be fair, it is hard to judge just the terribleness of a game by the character models alone. The gameplay does a much better job at making you wish you had never installed such a horrible piece of software onto your oh-so-precious hard drive. After all, you could have used that space to fill with some stupid anime or cat image macros. Trying to play this game using the default keyboard controls is much how I imagine being a severely disfigured stroke victim masturbates. Let's just say that they would rather give up and go do something else. By the way, if you are a stroke victim, please don't send me emails on how well you masturbate, I don't care. 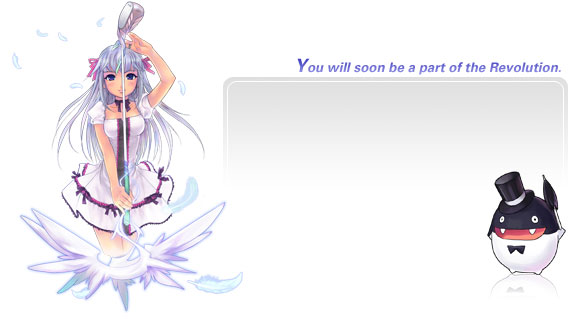 Finally the anime loving community will revolt against the normal people in society!

After plugging in a USB controller and still fumbling around, I was ready to fight-- or at least jump away and wait for the timer to run out. In fact, I joined an eight man free for all and ended up landing second place after three rounds and all I did was jump around or hide behind some sign. Sometimes I would take a pot shot at someone but in Rumble Fighter, the best way to fight is not at all-- much like the best way to play this game is to not even start. Perhaps this is a clever message the developers were trying to send to the players. A message of peace and tranquility... that in order to win in life you should always run away or jump on top of a roof and hide behind a cell shaded billboard. However, my guess is that the developers didn't quite think of this ahead of time and don't really care as displayed by the lackluster gameplay.

The only class that can remotely combat jumping around was an "elementalist" that literally summons and throws blue ghost whales at other players. Though the whales home in on nearby players there is one slight problem: they move extremely slow. In fact, I dodged the stupid whales a lot easier than other players that would periodically stop to cry, "stp runnin ashole!" 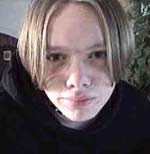 This retard probably plays Rumble Fighter (whoever he is).Like most crappy games, Rumble Fighter forces you to go through some tutorial that half ass..ingly explains how to do certain moves and abilities. It does not, however, explain some secret scroll you get for reaching level two or how to use it. I was able to drag it into my "secondary skills" box but since the game never told me how to use my secondary skills, it sat there uselessly. Not that it really mattered since I could grind away points without even fighting.

Rumble Fighter adopts the old "buy good crap with real money or useless crap with in-game currency" business model. I am getting really tired of seeing this and I am still amazed that these companies can remain profitable by some jerk off with too much money who paid cash to have some dragon wings or a gigantic poofy haircut. Even if I wanted to buy something using in game currency I would have to grind my balls off to do so. Sometimes if you win first place (which is hard because all the high level players hang around in the "new players" lobbies and are allowed to play in their games) you only get about 100 points. Too bad those awesome pants that do nothing (but hey at least they look better than the up-your-ass default shorts) cost 10,000 points!

After doing the math (which I am bad at) I determined that at 100 points a game (each game consisting of 3 rounds that were around 200 seconds long) it would take nearly 17 hours just to buy a useless pair of pants. After doing such rough and shoddy math I decided that I didn't want to play this game anymore. So yes, I "fought" in four or five battles before I quit playing and decided that was plenty enough to judge the entire game. However, I doubt that having more items or being a higher level would have changed the gameplay ( it wouldn't have) and that there isn't any difference between a bunch of new players fighting and a bunch of high leveled people with more damage (and more health, which negates the damage). But hey, at least when you are level eight million or so you should have enough points to buy some really shiny shoes.

I would like to thank Asok, Stick Figure Mafia, Gustavus, Phoix, MacGyvers_Mullet, raptorred, and peniscurve for smashing each other's bobble heads.