So we go back to the priest, who we've never been introduced to before and hasn't said a single word, and he gets killed by some aliens in his basement. The Feeders seem to prefer murdering people in unfinished basements and garages because they're apparently very concerned about staining carpets with fake blood. Eric comes home from work. The video then cuts to a box / palette warehouse (!), where the owner (which we haven't met either) is killed by the same two aliens. With that riveting and emotional scene out of the way, the movie is then able to briskly proceed BACK to Eric's house, where his wife is wrapping presents. She and Eric go to the basement (to get the really SECRET stash of gifts that could only be stored underground level), where they narrowly avoid getting an alien thrown at them. Unfortunately, this seems to just enrage the Feeders, who respond by eating their dog and attacking Santa Claus. Yes, you read that correctly. Santa Claus, who pilots a wooden, two inch tall sled around the skies, is attacked by the malevolent Feeders (they jump on him and his elf). It is such a completely bizarre and irrational scene that I could not believe I was actually watching it. Santa's sleigh doesn't look even remotely larger than a bar of soap, and you can see the strings holding it up. Best Christmas ever!!! After such a brutal attack, Santa crash-lands his sleigh into a snowbank and walks away shouting "I'll get you, you Christmas saboteurs!" Ladies and gentlemen, this is stuff the classics are made of. 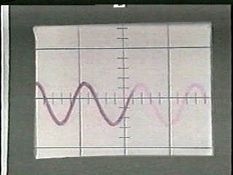 The Feeders break into the Parkers' living room and start molesting the Christmas tree and various gifts. Eric's kids look out their window and see Santa Claus stumbling around in an injured (and probably drunk) state. Eric goes out to save Santa, but has an alien thrown on him. He runs away, goes to the kitchen, and stabs a feeder with a large knife. Well, he holds the knife straight out and the alien runs straight into it. Whatever. Best fucking Christmas ever! Eric rescues Santa, brings him inside, and starts to explain that they have to escape and hide in the attack before the Feeders kill them (I don't know how they would do this except by making them laugh to death). The person who plays Santa Claus in this film is one of the absolute worst actors you'll ever see your entire life. His voice is like a cross between Al Bundy, Dudley Dooright, and Barney from "The Simpsons", often changing into something else in midsentence. Santa tells Eric that he's the "real Santa", and proves this by teleporting away. Eric freaks out, probably because he can't use the fat clown as a human shield anymore, but Santa returns with a plastic LASER GUN. Yes, that's correct, a LASER GUN. A fucking LASER GUN. Does that sound dumb enough to you? You may want to backtrack and read that all again in case you haven't absorbed the sheer stupidness of it all. Anyway, Santa shoots all the aliens (which disappear by using the only wipe effect the editors have) and Christmas is saved. Santa mentions some crap about "the true meaning of Christmas", and disappears. I don't know about you, but I'd be hesitant to pay attentioned to lectures from some guy pointing a toy gun at gray, plastic puppets. The whole family opens up their presents the next day, and an alien pops out of Eric's gift. This ensures a sequel to this wonderful masterpiece of modern art.

So what more can I say about this film? Simply put, "Feeders 2" is the most low budget, untalented, hack of a movie ever created. The cast, writing, and special effects are completely laughable and more suited for a grade school video project than an actual movie release. Nothing about this movie makes any bit of sense, characters are introduced out of nowhere and systematically killed, and the only thing that ties each scene to the previous is the fake blood splattered on the walls. "Feeders 2" is the absolute worst movie ever made, even eclipsing the remarkably awful "Troll 2".

With all this in mind, I can honestly recommend each and every one of you to go to Amazon.com and buy a copy of it (it's on sale for $4.99). This movie will change your entire life and way of thinking. You will die from laughter. It is the most amusing piece of work ever to be captured on videotape. Go now and purchase this video. If you do not have a credit card, steal one from your parents. If you do not have parents, get adopted and steal theirs. Make "Feeders 2" your number one priority, ensuring your next Christmas will be "the best Christmas ever."