All About Your Human

Before you go on reading this article, please read this INCREDIBLY IMPORTANT UPDATE regarding THE FUTURE OF LIFE AS YOU KNOW IT. Is it about Israel and Lebanon? Is it about massive polling fraud in the 2004 presidential election? Is it about your grandmother’s house being on fire and she’s roasting alive while you sit idly by? Nay! It’s about NERDS ON THE INTERNET.

Beloved nerd Richard “Lowtax” Kyanka and acclaimed sub-nerds The Mega64 Guys are going to be at the San Diego Comic-Con this week! Come shake hands with— or shake fists at— your favorite larger-than-life internet idols while learning exciting things about upcoming low-rent Something Awful crap, including the new series of Mega64 and another patented Kyanka-cashgrab, the Platinum Worthless Collector’s Edition of Doooooooom Houuuuuse! 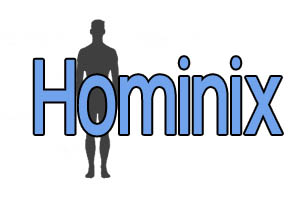 Thank you for choosing Hominix, the professional leader in industrial materials. Before unpacking your Hominix Human, please read the following simple guide to Human ownership. Should any problems arise with your Human, please refer to the troubleshooting section at the end of this document.

Q: Do Humans have non-industrial uses?
A: While some enjoy keeping humans for companionship or amusement, it is unclear whether Humans have a specific use unto themselves. If left to their own devices, Humans merely mill around fruitlessly and occasionally harm one another.

Q: Do Humans experience pain?
A: No, not in the way a sentient being experiences pain. While it is beneficial to care for your Human well, it is not necessary to treat it gingerly.

Q: Is my Human edible?
A: You are advised not to eat your Human. Eating your Human will nullify your warranty, and Hominix will not replace eaten Humans. Humans bred as food can be obtained at most bazaars, but are of softer stock than Hominix Industrial Humans.

Q: Is my Human collapsible? 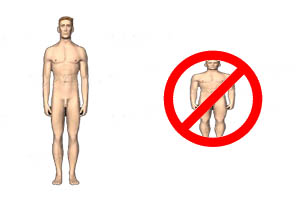 A: No, please do not try to collapse your Human.

Q: How long will my Human last?
A: With proper care, Humans generally last fifty to eighty years. When a Human expires, it will lie motionless and stop responding to stimulus. Expired Humans may emit a light odor. Expired Humans should be discarded.

Q: How may I safely discard an expired or unexpired Human?
A: If you no longer have need for your unexpired Human, simply remove its vestments and place it in a sealed, airtight container. After a few hours, it will expire. Expired Humans are fully biodegradable and make excellent compost or garden mulch. If you own more than one Human, do not let other Humans witness you discarding a Human; the sight of a discarded Human will often render other Humans unstable and in some cases temporarily non-functional.

Q: Are all Humans equal in quality?
A: Hominix strives to harvest only the finest Humans. Although Hominix takes great pride in ensuring that all our products are in proper working order, some Humans may reveal defects. If you are unsatisfied with your Human for any reason, please send it to Hominix in its original packaging. It will be destroyed and replaced.

Setting up Your Human: 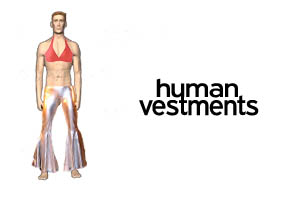 3. Some humans undergo a transitional period wherein they reject their new habitat and attempt to destroy their surroundings or screech angrily at their owners. If this should occur, simply place the included plastic canopy over your Human’s pen to muffle its cries and leave your Human for a few hours to get settled in. Your Human’s pen is unbreakable.

4. Upon unpacking, your Human may need to shut down temporarily to recharge its internal components. If so, it will go to the small nest in the corner of its pen and lie motionless for a number of hours. Do not be alarmed: this is normal, and your Human has not expired. Your Human will be inclined to recharge in this fashion once every few days.

5. If you own more than one Human, carefully place your new Human among your other humans. In most cases, they will become accustomed to one another. If they attempt to harm each other or to remove their vestments, separate them.

Your Human’s pen is equipped with two small troughs. Please fill both troughs with water, and replace the water every three to four days.

Your Human will automatically adjust to its own hygiene ritual. Most humans will deposit their waste in one trough and clean themselves in the other.

If your Human deposits its waste in the same pen in which it bathes, it may be defective; please return all defective Humans to Hominix in their original packaging for a replacement.

Please provide your Human with a supply of Hominix Human Food pellets and replenish them often. Human Food Pellets can be found in most major bazaars.

My Human appears to have been damaged in shipping.
If your Human seems to be damaged on arrival, please check the following: 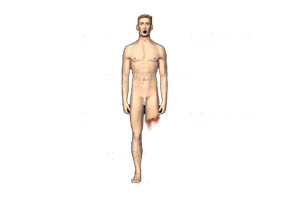 If any of these are the case, you may be eligible for a free repair or replacement of your Human under the terms of your warranty.

I own more than one Human. Two or more of my Humans have taken to removing their vestments and wrangling with one another.
Separate any Humans who engage in this behavior.

I own more than one Human. After wrangling unclothed with another Human, one of my Humans has developed a grossly distended thorax and seems to be lying in its nest more often than usual.
Please destroy this Human and send its remains, in their original packaging, to Hominix. A free replacement will be provided.

My Human, though functioning correctly, mindlessly yowls in repetitive patterns of pitch, sometimes while rhythmically banging on industrial fixtures.
This is normal behavior. If you are offended by this behavior, you may return your Human to Hominix to be serviced. He will be returned without the faculty to make utterances in this fashion.

My Human has brown or dark brown skin.
This is normal. This Human is compatible with other Humans and will function similarly.

My Human has formed an attachment to a small hairy varmint and carries it around, stroking it and cooing at it. 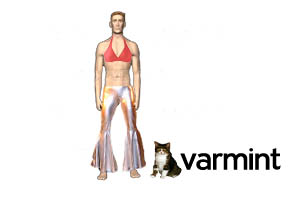 While this is normal Human behavior, you may choose to destroy the varmint at your leisure if it begins to affect your Human’s work performance.

My Human is unduly idle and shiftless, and often spends inordinate time in its nest.
You may destroy this Human and send its remains to Hominix in their original packaging for a free replacement. If you have other Humans, it may be beneficial to allow them to witness this Human’s destruction as a motivational example.

One or more of my Humans has successfully escaped.
In the unlikely event that a Human escapes, there is little need to worry. Humans are ill-equipped to survive outside of their pens, and will generally be eaten or trod upon soon after their escape. Please return your Human’s packaging to Hominix for a refund.

My Human seems to be learning to speak in my language.
This is not uncommon. While Humans possess the rudimentary faculties of speech, they are not capable of saying anything meaningful or coherent. Their babble can do little harm, but be wary if a Human makes a primitive attempt to garner sympathy from you.

My Human has intentionally caused itself to expire.
Some defective Humans intentionally destroy themselves by leaping into machinery or strangling themselves with their vestments. If your Human destroys itself within the first six months of ownership, please return it to Hominx in its original packaging for replacement.

My Human has banded together with other Humans and is attempting to harm me or destroy my home.
If you can glean from observation which Human is instigating the uprising, make a grim spectacle of destroying it before the eyes of the other Humans. Hominix recommends placing the offending Human in your beak and slowly grinding it to bits (worry not- it will have a pleasant, savory taste). When the offending Human is destroyed, place its remains in its original packaging and return them to Hominix for a free replacement. If you cannot ascertain which Human is at the head of the mutiny, crush them one by one until the problem is corrected. Hominix will replace the destroyed offenders at no cost to you.

My Human seeped red liquid and expired when I attempted to collapse it.
Humans are not collapsible. By attempting to collapse your human, you have voided its warranty.