Nicktoons! Pokemon! Beanie Babies! If you grew up in the '90s, before the Ant People came in their death cruisers to conquer Earth, strip its resources and send its people to toil in the plutonium mines of Formicus VII, all those things should ring a bell. Here are 5 reasons '90s kids had the best childhood.

Knowing every line from Austin Powers, but not a single word of the Ant People's victory anthem

Yeah, baby! You knew every line from this classic Mike Myers film, but not one word of the Ant People's victory anthem, which we're forced to sing every morning before reporting to the sugar fields. You couldn't hum its one-note melody with a raygun to your head, like we have to sometimes, but your Dr. Evil impression was second to none. If you can't recite the "shh!" routine verbatim, you clearly aren't a '90s kid, or have succumbed to telepathic field of the Ant Queen. 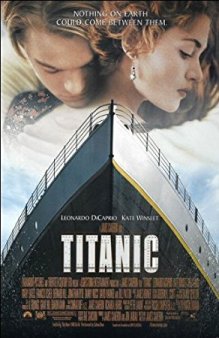 Let's face it, if you were a teenage girl in the '90s your bedroom wall was a shrine to Leonardo Dicaprio, the Titanic hunk whose face launched a million hopeless crushes. Of course, those crushes are even more hopeless now that Leo and all our most beautiful celebrities have been imprisoned in the Ant Museum on Insectia as trophies of the Ant People's conquest of Earth. The museum's geodesic dome is eight inches thick and patrolled by winged drones whose pincers can snap a human in two, so unless you've got an attack fighter armed with a splatter cannon or thermal obliviator, this dreamboat has sailed. Sorry, ladies!

Eating Fruit by the Foot, not surrendering it to the Ant People for its sugar 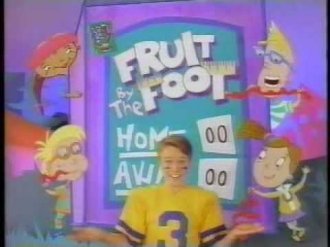 The average Ant Person needs 5.5 pounds of sugar every day to survive. Pretty unbelievable, until you remember that back in the '90s we practically lived off Fruit by the Foot. If we had this tasty snack today, of course, we'd have to surrender it to the Ant People, along with our Gushers, Bubble Tape and Surge. We feel dizzy rereading that sentence. Must be nostalgia overload! Or radioactive fallout from the Great Ant Wars! We're too hungry to care!

Rugrats and other shows that weren't subliminal Ant People propaganda

Who can forget Rugrats, the comic misadventures of precocious tots Tommy, Chuckie, Phil and Lil and Angelica? We tuned in every week to this and other classic shows, which contained no hypnotic mosaics or subliminal "HAIL ANTS" messages.

If you wanted a movie you went to Blockbuster, not the Forbidden Ruins 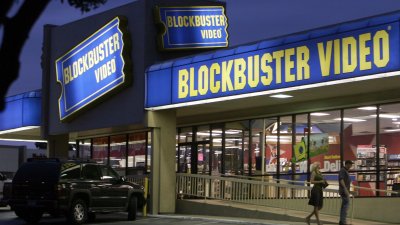 It's hard to explain to kids these days that we once had these things called "video rental stores" where we went on a Friday night and picked out a "movie" - a 90-minute story told through moving pictures, now forbidden under Ant law. Sometimes we have to take the kids to the Forbidden Ruins and dig up an old poster or DVD just to prove that movies really existed. Or a VHS tape. Remember what a pain it was to rewind those? Remember programming your VCR to tape Friends but getting a baseball game instead? BAM! Now the Friends song is stuck in your head! Remember the Parthenon? The Last Supper? All the achievements of mankind? We must remind ourselves of these things. We must rise against our insect overlords and reclaim our planet. I don't have much time. The Ant Queen can read my thoughts as I'm typing this. Think of the brick wall from the Windows 95 screensaver. Oh god theyre at the d