Wrestling Promos Were Way Better in the Attitude Era 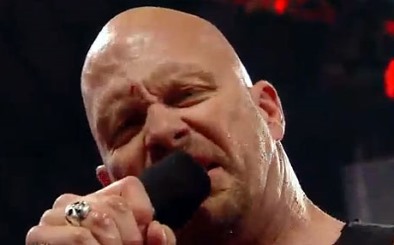 Stone Cold Steve Austin: Let me get this straight.

Nuh-uh! There ain't nobody tough enough to make Stone Cold Steve Austin eat his veggies! No one in that damn locker room. No one in this whole damn arena. No one in the entire damn universe has the muscles to open my mouth and make me chew on a damn broccoli. 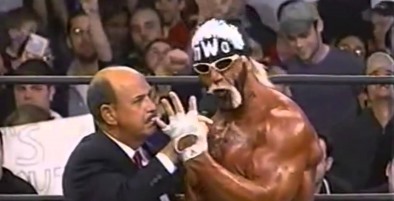 Hollywood Hulk Hogan: (Pawing at the side of his face)

HSSS! You took my saucer! Brother, I'm gonna rear up on my hind legs! And I'm gonna bap ya into submission with my cute widdle paws! 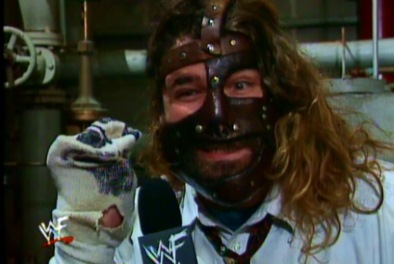 Mankind: Last week I experienced the ultimate humiliation at your hands, Undertaker. You did a wrestle move on me! Now it's personal.

Next week, at the big pay per view, I'm going to walk down that ramp. I'm going to climb into that ring. They're going to lower that steel cage. They'll lock it up tight. Then...

I'm gonna do a wrestle move on you. 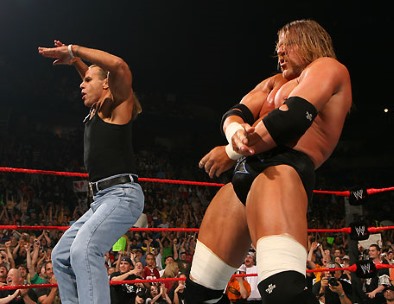 HHH and Shawn Michaels: (In unison, with flat matter-of-fact delivery as they do crotch chops) This is my crotch.

Shawn Michaels: You are a dumb person. You smell like a bad thing. You are not masculine enough for my liking.

HHH and Shawn Michaels: (In unison, while doing crotch chops) This is my crotch.

HHH: Our crotches are where our privates live! 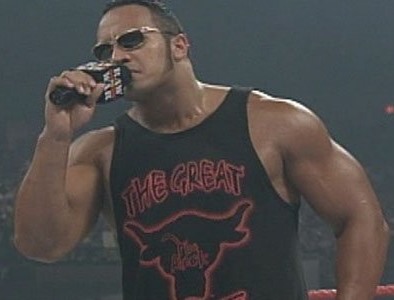 The Rock: (Struts into frame, slightly turns his head toward the camera and lifts his sunglasses)

What's this I hear about Stone Cold Steve Austin not eating his veggies?

Steve, Steve... don't you KNOW that vegetables make you big and strong? Didn't big bald mama Austin tell you about the nutritional value of a carrot?

What do you think about kale?

It DOESN'T MATTER what you think about kale!

(Fully turns his body toward the camera, sweating as he clenches and unclenches his fists)

(Tilts his head up to begin the classic "If ya smell" bit, but instead of dangling a microphone over his mouth it's a handful of asparagus, which he chomps)