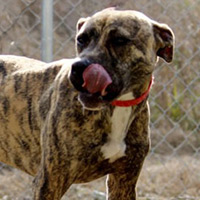 Hope's white knight was no help at Slurry Creek, that's for sure. There's been a lot of talk that he's been getting busy with Solstice lately, but according to my research, that was just a one-time thing. Still, no doubt Barnacle will want to weigh on on that tryst given his own history with Solstice. No surprise Hazard would want to lay low for that reason alone, but the death of his long-time sweetheart has to be weighing pretty heavy, even if they were finished.

Hazard's been spotted around the county line a couple times over the last couple days, and some have even seen him with a black lab. Look folks, it's just some random county mutt. It's not who you think it is. That dog, and all he stood for, is long gone.

Filed under dog apb, tellin' like it is. 0 Comments.

Yours truly has had a busy week locking eyeballs on Shaggy Butte's furballs.

Obviously no points here, since these are all Known Dogs. Just keeping tabs on the locals.

Filed under dog apb, dogspots, tellin' like it is. 0 Comments.

Ladies and gentlemen: White Boy. My ponytail is more dog than this sorry sack of fur. When I heard loud barking coming from Cobb Square, I rode over to see what the fuss was about. Turns out this moron was just barking at birds. I watched White Boy yelling for a solid hour. Every so often he'd turn and bark at a squirrel or homeless person, but then it was back to those birds. Way to waste my time, idiot.

Besides, Loudmouth already claimed the barking for no reason gimmick and elevated it to the next level. He's 50% of why Loudmouth and Bulldozer are the 3rd most popular dog duo in town.

Filed under the worst dog, tellin' like it is. 0 Comments.

The latest episode Ruffhousing has been delayed. There were some technical difficulties with my computer being in sleep mode when I thought I was recording, so I spent a good solid 6 hours talking about dogs for nothing. I'm as disappointed as anybody, because when I get to talking, I lay it all out, no holds barred, barely stopping to breathe. I even got deep into some never-before-revealed info about Charybdis, the fattest dog in town. Let's just say yours truly made some startling discoveries after examining his leavings.

I promise to re-record it as soon as I can, and everyone will finally get the long-awaited second episode.

And even though it never aired, feel free to visit my sponsor, Dog of the Month Club. Use promo code "ruffhousing" to get a free month.

Filed under podcasts, podcasting, new media, ruffhousing podcast, tellin' like it is. 0 Comments.

Since Hope just crocked, and it turns out she was pregnant, it's probably a good idea to figure out who the father was. Should be pretty obvious once we go down the list of suspects:

Filed under paternity issues, dad's rights, tellin' like it is. 0 Comments. 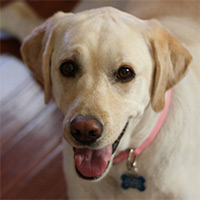 By now everybody in town knows what went down at Slurry Creek. Hope got her long-overdue comeuppance. Boo hoo. If history tells us anything, we've got a solid month before everyone forgets her and starts fawning over some new darling dog.

Look folks, Hope wasn't a bad dog, just a supremely overrated dog. Every day I ride my recumbent bike around town, I see dog after dog lining up, trying to impress me with the same old song and dance. Few measure up, and so I flip the bird and keep rolling.

Everyone is racing to place blame, and let me tell you, Hope was no angel. Plenty of dogs benefit from her dying, and plenty more would be happy seeing her get her just desserts. Just you wait and see. Follow her scent, and it's going to lead you someplace dark and terrible.