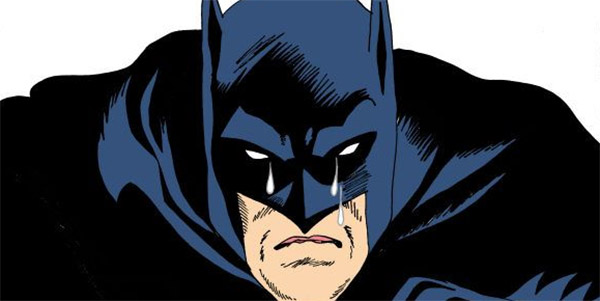 Trust me, I hear it all the time when anyone finds out I live in Gotham City. "Isn't that the place swarming with super villains and mutants?" Why, yes. Yes it is. But if you can find me a reasonable one-bedroom apartment in NYC for less than $1200 a month, I'd be the first to leave this rent-controlled slice of perpetually dark Art Deco heaven. Sure, maybe my block was covered in "Joker gas" for upwards of four days, but if you take precautions and buy the right kind of masking tape, little issues like this don't amount to much more than, say, sentient vines occasionally strangling, then devouring your building's super (who was kind of a dick about what you flush down the toilet, if you ask me).

Of course, I always get the Batman question. Spend enough time around here, and you're bound to run into him. And everyone has their own Batman story, with each tale giving new details about the Dark Knight. My friend Robbie, who worked catering at one of Gotham's many nightly galas, told me his aftershave smells like sandalwood. My old pal Debbie, who worked sanitation at yet another gala, filled me in on the fact that his chin and general lower jaw area resembles that of several of our local billionaires. I'm sure it's just a coincidence, seeing as he's been photographed several thousand time at this point. And I bet the parents of that Make-A-Wish kid would've said something after he got a peek under the mask and before The Big C sent that secret into the ground with his tiny coffin.

It's not that I was expecting a Batman encounter that night--even if everyone has one at some point. And it usually plays out the same way: He uses that grappling thing to swing you to safety, and before you can even so much as say "thank you," he does his whole Irish Goodbye thing. All in all, it's a safe situation that gives you the illusion of danger, like driving through one of those safari parks where retired circus lions sleep thousands of yards away from your moving car. Of course, I should have seen it coming, what with my job involving the transport of large bags full of money--helpfully marked with a dollar sign--into an unguarded truck, but I guess the daily rut dulls you to the probable danger of clown-themed bandits, which happened to surround me on the third floor of the Gotham Large Bills Depository on that fateful night. 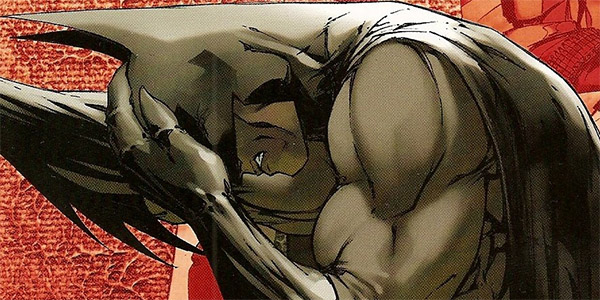 Of course, The Batman made short work of those thugs. And I did my best by pretending to be scared, since I've been told he'll do some of his cooler karate moves if your cooperate on an emotional level. After leaving that trio of harlequin thieves strung up artfully, I took a look at his handiwork, and said, "Aw, geez, Batman--thanks a lot!" So it goes without saying I didn't expect to see him struggling with the window when I turned, fully expecting to watch the end of his cape trailing off into the night. "Yeah, those windowsills are painted over," I helpfully told him, and he agreed to escort me down the stairs to safety. As we walked, I couldn't stop thinking him enough--before the sound of a frantically jiggling door handle interrupted my praise. "Yeah, Batman, that fire escape is locked, what with the crime and all." He argeed to escort me further, even if I told him the remaining one-and-a half flights seemed pretty safe to me.

Now, we might have all caught a glimpse of the Batmobile, but let me tell you that thing is like nothing you've ever seen up close. But I guess Batman might be too busy to drop that thing off at Midas every 30,000 miles, since he was having a hell of a time getting the engine to turn over. "You're flooding it, Batman," I told him again and again, and boy oh boy was that chin of his ever getting red and sweaty. When he started banging his head on that steering wheel over and over again, I rapped on the window and said, "C'mon Batman. I'll give you a ride to the nearest pay phone." We rode in silence for a few minutes, while Batman idly played with my A/C vents, and I spotted a booth about a hundred feet down the road. The guy needed some cheering up, so I kindly looked to the side of the road to give him a chance to do his thing. "Wow! Live nudes! That's way different than the types of women you usually deal with, ain't it Batman?"

More frantic jiggling. Apparently I had left the child-proof locks on. We slowly drove in silence the rest of the way, and he gave me his secret identity if I promised to never tell this story to anyone. I'll just say if I ever run into some guy named Clark Kent, he'll at least get a knowing nod from yours truly.