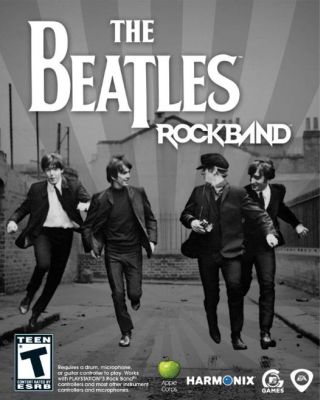 MOTHER OF MERCY this is the culmination of all human achievement!At first, a project like The Beatles: Rock Band seemed like a complete impossibility. With their status as the deified God-kings of the worst generation in the history of the universe, The Beatles always seemed a little too important to let the world of tacky plastic instruments sully their music. Then Paul McCartney remembered he just lost 50 million dollars in a divorce settlement, and the fantastical dream of a Beatles music game became a profitable reality. But even with such a hot property on their hands, developer Harmonix soon learned that The Beatles license had to be treated with a certain amount of dignity missing from other music games like Guitar Hero: Dan Fogelberg's Greatest Hits. What follows is a list of features cut from The Beatles: Rock Band at the insistence of Paul McCartney, Ringo Starr, Yoko Ono, and that one drummer from Wings.

- Bigger Than Jesus Mode, where each Beatle is modeled to be physically larger than Jesus Christ.

- The Beatles: Rock Band: Pudgy Loner Edition, featuring a tube of fake blood, a signed insanity certificate, and a rare first edition of The Catcher in The Rye in which J.D. Salinger specifically tells the reader that they must kill John Lennon.

- Special mosiac options for impressionable younger players not yet accustomed to the nightmarishly ugly face of Ringo Starr. 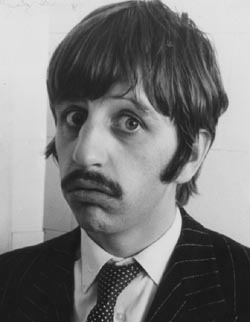 - Documentary-style interviews of Beatles fans who grew up during the Revolutionary 1960s, yet somehow managed to vote Reagan into office twice. 90% of this footage consists of conversations about how much things used to cost.

- A small sampling of Ringo Starr's solo work, despite complaints from Amnesty International.

- Printed instructions for how to slap friends that hold edgy opinions about how The Beatles, Shakespeare, and Citizen Kane are "overrated." 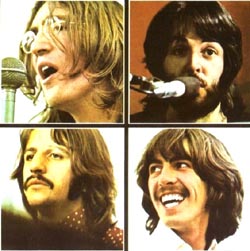 Yeah, I'm a fan of The Beatles. Mostly their oily years.- A unique Shining Time Station-themed level for "Ticket to Ride," featuring Ringo Starr in his Mr. Conductor uniform. The parts of John, Paul, and George are played by Thomas the Tank Engine, Max the Dump Truck, and Ned the Steam Shovel, respectively.

- A realistic depiction of a drunken, stumbling Ed Sullivan throwing empty gin bottles at a stagehand during The Beatles' famous appearance on his show.

- Special boss battles in which The Beatles duel and then crucify each member of The Monkees.

- "What Were the 60s?" A three-minute educational short featuring stock footage of Vietnam and Lyndon Johnson set to Strawberry Alarm Clock's "Incense and Peppermints."

- A ridiculously-overpriced $250 Special Edition that -- oh wait, this actually happened.