Hypothesis: The cosmology established in the 2001 Jet Li vehicle The One is correct: individual human beings exist as many separate iterations within dozens of realities parallel to our own. When one of these iterations dies all remaining iterations become nebulously more powerful.

Evidence: The increasing, unexplained power of Russell Brand. Likeliest cause is a trans-dimensional Li-Highlandarian transfer of energy as posited by The One.

Conjecture: It is said that the arc of the moral universe is long, but bends towards justice. As this is obviously incorrect we can extrapolate that reality has been undermined within our discreet dimension. Russell Brand lives and grows stronger, therefore we exist in a collapsing pocket of tangent reality created by the deaths of ALL other Russell Brands.

Extrapolation: Imagine the crisis points which collapsed Brandian space and transferred energy to the Russell Brand that exists in our reality. Imagine, in other words, the alternate reality deaths of Russell Brand. 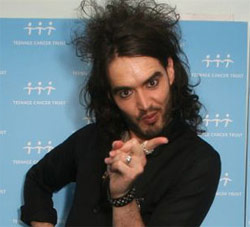 Prime Reality – Forced to live in a turdy sewer, Brand contracted an unknown strain of Hepatitis from a steady diet of soiled band aids and sore seep. He nevertheless died choking himself with a scarf, his bladder punctured by the rusty ramrod from the musket he was jamming up his urethra as the only means of sexual satisfaction he could find in the world that cast him to the gutters to die.

Alternate Reality 01 – Succumbed to smugness while on stage in New York.

Alternate Reality 02 – The so-called metal man reality. Metal men have joined our society. We do not know where they come from or what their purpose is. They are slow to anger, but remorseless and indefatigable. Russell Brand died choking on a peanut.

Alternate Reality 03 – In this reality England is still purely a monarchy and the king ordered Russell Brand fatally sodomized with claymores. Both kinds of claymores. 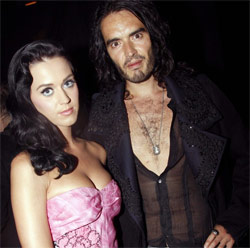 Alternate Reality 04 – Bent over to pick up a penny and was fatally kicked by a mule. The mule was subsequently made the king of England, although he is only a figurehead in this reality.

Alternate Reality 05 – Starved to death in fascist David Cameron’s camps for shite arseholes. These actually exist in our reality, but you have to pay ridiculous amounts to use them and they’re called universities.

Alternate Reality 06 – Known as the ant reality because civilization is dominated by massive, hyper-intelligent ant colonies and ruled by a single queen. The queen ordered Russell Brand fatally sodomized with claymores. Both kinds we know and the third, ant-only kind.

Alternate Reality 07 – Run over by a truck full of stones while krumping in the middle of the street. Felt everything, had months of surgeries to save him, died screaming and shitting.

Alternate Reality 08 – Serial killed by the Essex Skin Taker, also known as the Witham Vise Maniac, who only murdered the least funny male prostitutes and only used vises.