Something Awful Endorses a Candidate 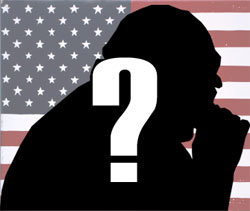 After great deliberation the editors of Something Awful are prepared to endorse the candidate we believe will represent our values and guide our great nation in the coming years as the President of the United States of America.

This endorsement is not taken or given lightly. Our endorsement has decided past elections and will no doubt decide elections of the future. We hesitate to speculate, but these elections might involve an android, a zebraman, or even, with a Constitutional Amendment, a gay baby.

Needless to say, Something Awful has been petitioned aggressively by campaigns on both sides of the aisle to come out in support of their candidates. Many of these candidates had good things to offer, including money and trays of sweet cakes, but we barred our doors and shuttered our windows to these corrupting influences. Lying on our backs on the floor, giggling, and enjoying cinnamon sweetcakes in naught but our night shirts seemed hardly befitting our august institution.

The candidate we chose stood wholly on their merits as viewed from a distance, admired and studied as one might admire and study the muscular flanks of a chestnut lion. Our perception remains uncolored by gifts that lion might proffer in the hopes of luring us into his cage, a bit of subterfuge we shan't fall for again. 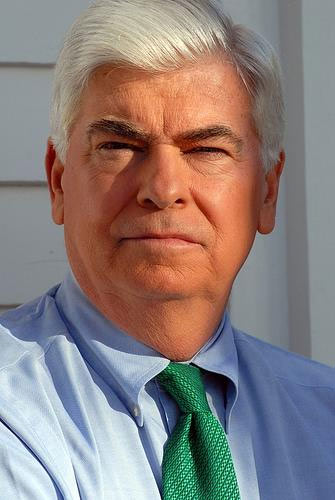 One look at the passion of Chris Dodd, democratic presidential candidate, should be sufficient to energize every part of your body including the unspeakable parts. His perfectly parted and swept hair embarrasses preening pretenders like John Edwards and Mitt Romney. The white color of his eldercomb is pure as rime on the refrigerated pipe carrying democracy to his campaign bus. His trademark green tie is no mere affectation, it is a symbol of the green of America you get when you mix the red and the blue of our divided nation. Notice how he is squinting, that's because the future is so blindingly bright with Chris Dodd leading our nation.

While democratic front-runners like Hillary Clinton and Barack Obama choose to play out their battles in the public spotlight, Chris Dodd eschews the fanfare and hubbub of distractions like "the media" and "poll numbers." He prefers to go Doddo-a-mano. He will sit in your living room for several hours and just talk about what's important to you, the voter. He will help you vacuum your car at the self-clean or watch your kids while you go to a movie. Chris Dodd is America's friendly uncle. Chris Dodd will loan you 50 bucks or give you a lift when you're too drunk to drive.

These endearing qualities brought Chris Dodd to our attention, but it is Chris Dodd's stances on the issues that earned him our endorsement. We think you might just agree with us when you learn a little more about this pleasantly familiar sensation sweeping the nation.