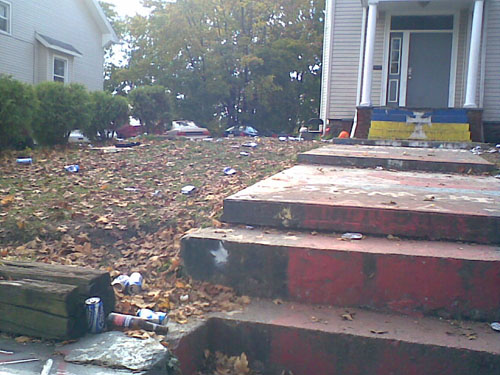 Welcome to Kent! Please, take only pictures and leave only footprints.

Kent, Ohio: The Next Akron?

From its paved roads to its numerous public restrooms, Kent is more than just a shining example of the modern, American city; each year, thousands of young, white people migrate to Kent to escape the wearying pressures of suburbia. Rest assured, fellow travelers--in our fair city, there is no fear of being forced to load the dishwasher or bitter tears over having to drive your little sister to piano lessons. Instead, you will find a safe haven full of people just like you who are far enough from their family to avoid being hassled, but still close enough to be sent money. However, the right to party--added to Kent's town charter in 1947--is just one of the many reasons so many tourists come to see, hear, and grope their way through the exciting world of a city located conveniently close to Cleveland!

In 1867, railroad magnate Marvin Kent won the small town of Franklin Mills and a bottle of whiskey made from radishes in a poker game against Cornelius Vanderbilt and Andrew Carnegie. 103 years later, The National Guard shot a bunch of college students. As you can see, the story of Kent rivals that of even Branson itself. 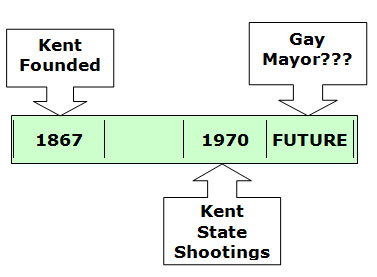 More Diversity Than Ever Before

Kent's town seal, adopted in 1963.If Kent was a pre-Civil Rights city bus, we'd definitely be sitting in the front! Thousands and thousands of white people of slightly different backgrounds proudly celebrate their white culture every day in the city of Kent. A simple drive through our Kent's vibrant, two-block greater downtown area weaves a rich aural tapestry of white culture thriving as it's never thrived before. Listen closely, and you'll hear the frantic clicks of texting keypads, the guttural slurping of frappuccino being sucked through straws, and the gentle dignity of people discussing drunken pictures of themselves posted on FaceBook. And if you're lucky, you may just be privy to white culture's proudest musical practice: the mashup. You'll never believe how much songs you've always hated improve when they're strung together with the gossamer threads of irony! 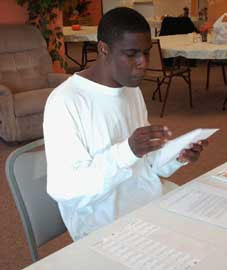 What's that crazy kook up to this time?Still not enough diversity for you? Then you'll probably want to talk to Carl Washington, Kent's only black person. As our resident "brother," Carl puts a sassy spin on everyday activities, and even takes part in the cultural practices of his own race by driving a car in a specific fashion, standing in line at Subway, petting neighborhood dogs, and asking large groups of people why they won't stop following him. Carl, you so crazy!

To honor both Carl and diversity, the city of Kent offers a special promotion every Friday and Saturday night: if you find Carl wandering around outside and bring him to any of our local bars, you are entitled to one free can of Pabst Blue Ribbon, and a small ziplock bag to puke into.

Note: Carl usually locks himself in his house to rudely prevent people from taking up Kent's kind offer. But when someone keeps replacing their window panes with such cheap, breakable glass, it's almost as if they want to be forced into the bed of a pickup truck at gunpoint wearing only a bathrobe. Oh, Carl!