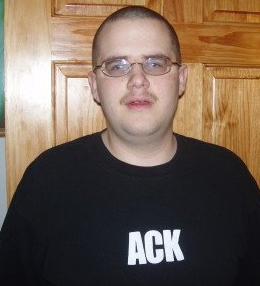 Steadily becoming a dime a dozen in the fast-paced world of college, the Entitled White Male wonders why the Earth kept on turning after leaving him and his kind behind. Raised on a steady diet of Penn and Teller's Bullshit! and South Park, Entitled White Male doesn't care about issues unless they're being delivered by either two Libertarian magicians or two Libertarian college dropouts who hide their shocking ignorance behind cartoon characters. Entitled White Male finds it completely preposterous that this nonsensical world can't be tailor-made to address the needs of the non-disabled white male who is afforded every luxury our society has to offer from birth. And why shouldn't it? This is what the Entitled White Male thinks and stews about whenever he sees a handicapped parking spot or a United Negro College Fund, and can only listen to some quality Henry Rollins monologues to stoke that burning White rage.

If anything, Entitled White Male is famous for making statements that he thinks are original or outrageous, while the rest of us have heard dumbfucks uttering this nonsense since the beginning of time. Observe the following:

"Why should I vote? Same shit, different asshole, man."

"Black History Month? Seems to me like they're the ones being racist."

"Prison isn't a deterrent anymore. What we need to do is make the punishment fit the crime. You punch someone in the face, someone punches you in the face. You rape a woman, some dude named Bubba [note the racism here] gives it right back to you."

"Are you telling me that the state should hire trained rapists to rape criminals in prison?"

Until the Entitled White Male is not represented by a Presidential candidate that looks and act like he spends all day in a tree making E.L. Fudges, this group will thankfully remain oppressed. 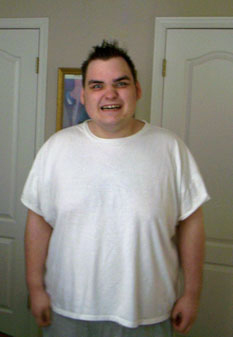 To best inform you of the Overly-Friendly Moron, I must deliver a personal account of my own experience with this type of college student. A few years ago, I had a class with an Overly-Friendly Moron. Every day, he would inexplicably talk to me about things he thought I was interested in, most of which involved him in some way. Note that these attempts at conversations happened in the middle of class, while we were both sitting in the front row. And no matter how many times I nodded ambivalently, farted out a "Hmm." or handed him a piece of paper that said "SHUT THE FUCK UP," he continued his verbal onslaught day after day. The worst thing about all of this is that he was certifiably crazy. My little Overly-Friendly Moron lied constantly, but these weren't just ordinary lies; no, they were the kind of second-grade recess pissing contest lies along the lines of "My dad beat up Superman who also happens to be my dad." Here are a few actual examples of this.

PROF: Does anyone really know any rich college kids?
OFM: Well, I own two successful businesses.

PROF: No one really has butlers anymore.
OFM: I have a cleaning lady.

OFM : You like Chuck Taylors? Well I have like twelve pairs, man. In EVERY COLOR. (he had never worn Chuck Taylors to a single class)

The worst part of the Overly-Friendly Moron's Insanity is that it was tempered with a bargain-bin, dollar-store sense of humor. My Overly-Friendly Moron's favorite quirk was to randomly spout out an "MMkay" in the style of South Park's Mr. Mackey; following this he would look over at me wryly as if to say, "Damn. Did you just fucking see that!?" Oh, and if you happened to be a fan of other South Park characters who hadn't been popular in six years, like Towlie, my Overly-Friendly Moron was the Rich Little of catchphrases people got sick of at the beginning of the decade! But my Overly-Friendly Moron wasn't just a master of impersonations; his brain also functioned on the "default humorous college student comment" level. So, when tests were being passed out, he inevitably would ask, "Heh, could this test be open-notes and open-neighbor?" And when the professor would talk about something that happened when he was younger, good ol' OFM would retort with, "Heh. Bet you had to walk to school uphill both ways in the snow, eh?"

If the Overly Friendly Moron taught me anything, it's that I could recover from the aneurysm he inevitably caused. And while there are more abominable college students worth of documentation, the time I have left permits only one last piece of advice: aim for the head.