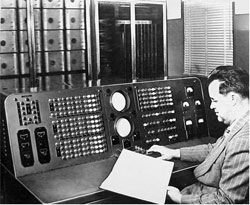 On February 24th a cure for cancer will be found inside a brown bag on the steps of a hospital in Paris, France. The cure will be something about apples. It is unclear right now.

On May 8th a simple robot will be given the right to vote in some states of America. These robots will include cabbage-chewing robots and walking Dictaphones. These rights will gradually be extended to include particularly complicated ovens and audio crystal players.

On July 22nd American and British scientists working in the deserts of Africa will discover the bones of a type of dinosaur they will call the hooligasaurus gargantura. This large dinosaur preyed on mincing herbivores and used a deposit of calcium in its head to bash in their nonce faces.

On September 1st the Emperor of Spain will announce that his nation has launched an atomic rocket and three spacemen to explore the frontiers of Jupiter. Unbeknownst to the world, the Netherlands will launch a similar mission only two days later and using a faster rocket developed by Spain's most hated enemy: the Cubans.

On October 4th the BBC will cancel their children's temperature programme after a baby eats a piece of radium taken from the temperature gun. The baby will become immense and surly and will level several blocks in Leeds before tanks blast it to pieces with their cannons.

On November 23rd Texas Instruments of Texas, America will announce the development of a computation machine so advanced and efficient it will render all future maths trivial and obsolete. School children will replace meaningless maths with the memorization of various celebrity names and their associated trivia.

On December 15th an atomic rocket from the Netherlands will be the first to reach Jupiter. The Dutch spacemen will land on the planet's surface and declare it the property of the Netherlands, frustrating attempts by Spain to reach the planet first.

On the date of December 28th the first insect with a human vagina on its back will be discovered in Cambridge, England. The insects will be caught in large quantities and sold in shops for a premium until it is realized that the vagina-like structures are how they eat blood from birds. Sadly, the discovery is not made before several young men are erotically maimed. 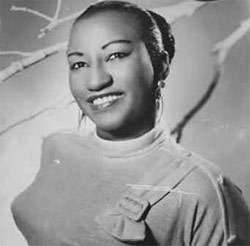 I predict that 1996 will be a year with a great deal of unusual activity, up 27 percentiles from the preceding year. These unusual events will be concentrated in the Americas, England, the Far East, and North Africa.

On the date of January 16th a toad the size of a small man will be found in a cave in Morocco. It will eat stone and have the brilliant blue eyes of a Caucasian child. It will not be hostile or intelligent, but if spoken to it will grow agitated and stomp its feet powerfully. The toad will be shot and slain soon after, but none that looked into its eyes will forget its piercing gaze.

On the date of February 6th three miners will drop dead in a mine in Kentucky, America. The incident will be written off as a case of profound laziness, but the true culprit will be a frightful mouse so terrible to behold it will strike a man dead. It will have the face of Frankenstein's Monster. It will never be seen or heard from again.

On the date of April 3rd a woman in Knotting, England will learn how to see through walls. Many articles will be written about her ability. Her name will be Mary Coker. She will be a black.

On the date of April 20th an automobile in Korea will become clever enough to run on peas. It will do so only once and thereafter run on petrol.

On the date of May 12th a library in Sussex, England will discover the only existing copy of the original Bible. It will contain an extraordinary number of misspellings as well as several dress patterns. After careful review most everyone will agree to bin the whole thing and pretend it was never found.

On the date of July 1st a tall man named Ben Rogers from Mexico City will awaken to find himself transformed into a beautiful woman. He will tell no one and live out his days in complete isolation. Every day he will enter an old bomb shelter remaining from the atomic war of 1972 and he will do unspeakable things to himself with meat and veg.