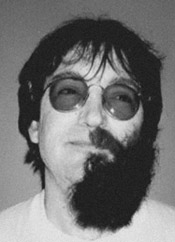 This particularly feisty edition of Starwire! is reprinted from the July 8th, 1972 issue of The Los Angeles Barrow. Rocky, still half-bearded and a little punchy from the Academy Awards just six months prior, brings us up to speed on all the entertainment industry gossip. His inimitable style permeates each morsel of Hollywoof madness!

Glam rock baddy-boy basilisk Lou Reed (ooh, if looks could kill!) learnt a new trick: the Detroit native has taught his Cocker Spaniel to shoot coons. Naughty! "They rummage through my trash, so I taught Houghley to shoot them. It ain't clever," burbles the former Factory funboy. A few too many run-ins with Darkie Joe on The Wild Side?

"A tramp, a brute bitch tramp," says a source close to an actress. "She's never met a mattress she couldn't ruin." Who is she? Sources close to the source cite dimestore hag Jane Fonda as a contender. Mee-ough! 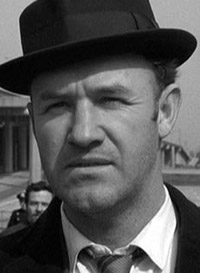 Hackman's "Godfather" a real "Hackjob"Gene Hackman in an airplane troilet with Faye Dunaway for two hours? No fanks! Such is the premise of Frankie Ford Coppola's new potboiler The Godfother. Stink-ee. Take your dog on a date to this one, folks, she loves walkies!

Recording bestsell Neil Young may not have a "Heart of Gold," but what a heart does he have! The Canuck troglo will pit his muttonchops versus Detroit's own Bruce Lee in the low-budge forthcomer Heart of Fists.

Can't train a man to dance? Ask Dustin Hoffman. Source close reveals that that man, the Hoff Man, can't barely dance a step in tune. My eyes in the breezeway caught Hoff stepping grim clods on the dancefloor with Cybil Shepherd, the little pussycat. "He's a stoneshoe," says a dear friend. "Women hate his dancing because it reminds them of menstruation."

And dancy news continues: Connery won't be soft-shoeing in Bond James Bond's legendary spats again, says he. "No more Jamesey Boy out of Sean," says close friend. "He's decided to hoof it to a new beat: the mambo beat." Look for the Scottish heartthrod's return in "Cubano Fantastigallo" later this year. As for Bond? Deliverance sexpot Ned Beatty looks set to step into the secret agent's legendary mustache. "Shucks," he told the L.A. Times.

Peeping manlet Paul Simon spent nearly fifty thousand smackerjacks in a drunken reenactment of his favorite fable, The Tortoise and the Jackdaw. "He was the jackdaw," says Hollywoob sloth Ernest Borgnine. "It was just like the story. He chattered at the tortoise one too many times, then the damn tortoise wouldn't let him take delight in its meal of figs and slugs. I was the tortoise." Simon returned to his cote with a grumble belly, the hard lesson learned. 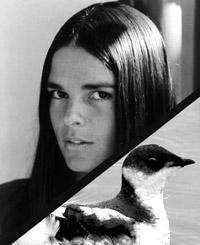 Three Dog Night lived up to their name at the Pallasadium last night… literally! Wowing the bozos with an all-night clutch of yahoo hits, the boys from Detroit put the "dog" in "hot-dingity-dog." Truth in advertising?

A publicity saucecrop of epic dimensions ignited when bronzed slab McQueen was spied toweling off after a dip in the Mott's applesauce vat. "We must have McQueen in our applesauce," say Samuel R. Mott Jr. Jr. "We want it up there in lights. Redford. McQueen. Mott." Select jars of Mott's Apple Sauce will now contain the leavings of McQueen's pubis. Will you be among the lucky? The Hoople remains unavailable for comment.

The Poseidon Adventure- a wail of a thale! The upsie-daisy boaty flick grosses big smackerjacks at the box office, and hark: a slew of copycat pictures. One such: big-budge sequel Airport II takes to the wing in August, concerning an airplane that flips over in the sky but has to land! Jon Voight returns in Midnight Cowboy II, taking up where the last left off… but the bus turns over! Ratso falls lifeless to ceiling.

Rock heartthrox Jackson Browne and Glenn Frey teamed for big money sales this year with Take it Easy, and the record buying public "took it easy" …all the way to the bank for Browne and Frey! Muchos copies sold, but Detroit's native sons take the fame easy. "It's what I was born to do," said song scribe Browne, and deaf-and-dumb Frey just nods with that solemn big chief Indian hampa-wampa face.