A PRINCESS MOST TERRIBLE IS BORN

This article is part of the The Cursed King series. 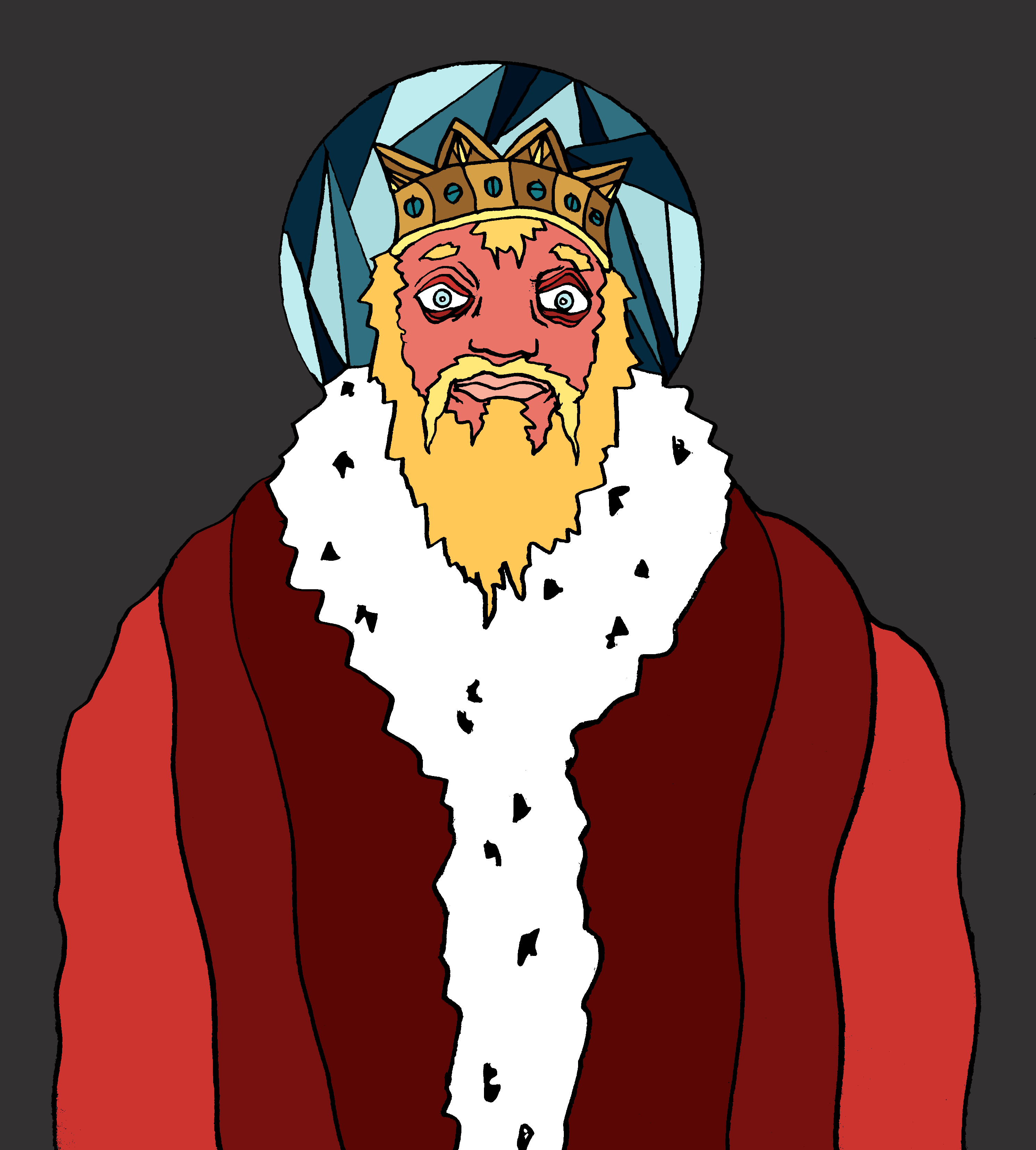 By now you have most certainly received word from the town gossip-hens that your Queen has given birth to yet another of my daughters, Princess Gwenn Marie of House Oster. I can reasonably assume you, my dear subjects, are also speculating about my soul's constitution and whether or not I will be able to endure another affliction this traumatic. For those placing stones in your counting sack, this is, so far, eleven daughters, each more terrible than the last. We too, like so many who reside near Berwein Castle, live in near constant fear.

Gwen Marie was born healthy. Much too healthy. She has not, does not, and will not cry. Her screams reside only in my mind. They rob me of the only solace I have left - sleep. I stare at her in her tiny baby cage. What a beautiful girl she is. Her eyes black as coal and her golden hair. Tufts of golden locks like a goat''s horns. A devil's crest. She will make a fine queen should she refrain long enough from suckling out the very life essence of her wet nurse.

Like all of my monstrous daughters, Gwen Marie was birthed during an unnatural and possibly unholy event. In this case the moon had swollen to an alarming size, appearing to fill with the milky froth of a lepers' wound. I'm told many of you took refuge in cathedrals or root cellars as hounds across the kingdom stared at the ground, trembling, refusing to eat or take water. Our astronomers and priests have no suitable answer as to why these incessant curses plague us or how we can stop them. They present to me no light with which to guide the kingdom. I am inclined to believe, at this point, it is our collective weakness that brings such regular curses upon our kingdom and not the Night Witch from the western swamps. There will be no more talk of the supposed disrespect I showed the Night Witch when I commemorated my ascent to the throne. I promised you I would drain the swamp and I did, in part, by filling it with exquisite wine. There I watched enslaved nymphs bathe and frocklicked with them merrily. Yes - the wine turned to blood in days. I am told this bloodening was largely unrelated to my modest revelries and entirely warranted indiscretions. I have no reason to believe otherwise.

Lastly, I am regrettably apologizing again for Princess Agnes's continued raids on caravans leaving the port town of Johanton. Though only seventeen, she has killed so many guards posted outside her quarters that we have requested delivery of enchanted unicorn restraints from the dessert empire of Vaznaris. We have tried everything short of shackling her to a door frame and, in truth, we have only forgone this approach due to Agnes's propensity for shredding solid oak as though it were barley chaff. A local smithy reported recently she had destroyed several plows and sets of plate armor after breaking into his shop. He claims she intimidated his wife by eating handfuls of nails while pushing her eyes from the sockets in her skull. I cannot confirm she is capable of such a feat, as we have long since abandoned making eye contact with her. She will be brought under control, in time, with the aid of an apothecary's powerful sedatives. We ask that you treat her with as much respect and deference as you would award any of the royal family but please, and I cannot stress this enough, do not allow her direct access to any livestock.